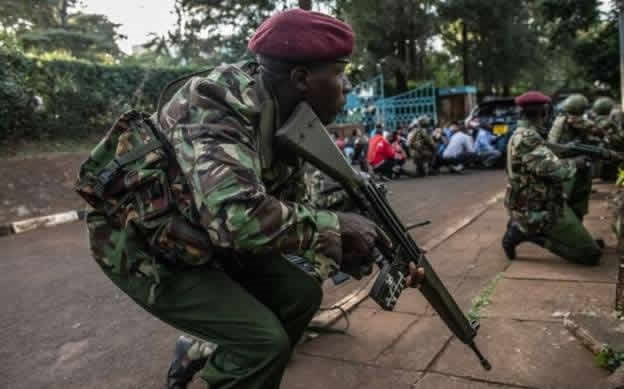 Security forces in Kenya say they have repelled an attack north-east of the capital, Nairobi, near the border with Somalia.

They say military and police officers responded to attack, killing at least four militants. No officers or construction workers were reported to have been killed.

The country is still dealing with the aftermath of last week's attack on a hotel complex in Nairobi in which 21 people died.

Al-Shabab, which is based in Somalia, said it was behind the attack.

Several people have now been arrested in connection with the attack and the police have released pictures of eight other wanted people.

Read: Could Kenya have prevented the hotel siege?