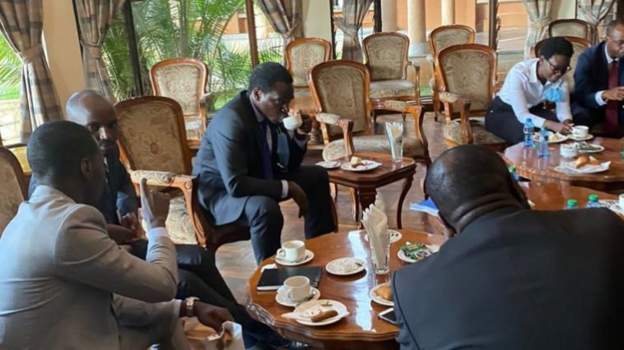 A planned protest by Kenya’s lawyers outside parliament on Monday has been criticised for turning into a tea party.

The protest was intended to put pressure on President Uhuru Kenyatta to dissolve parliament after the chief justice said that parliament lacked a constitutional provision for one-third of seats to be occupied by women.

Only a handful of Law Society of Kenya (LSK) officials showed up for Monday’s protest. They later accepted an invitation for tea at parliament’s canteen.

Nelson Havi, the LSK president, said they accomplished their mission and presented their message to parliament’s clerk during the tea session.

He tweeted “the tea appears to be the only event highlighted to belittle our mission”:

Two weeks ago Chief Justice David Maraga wrote an advisory to President Kenyatta asking him to dissolve parliament after it failed to enact a gender law as required by the constitution.

A high court has since issued an order suspending the advisory until a petition by two Kenyans opposing parliament’s dissolution is heard and determined.