Kevin Spacey will not be prosecuted over an accusation of sexual assault that allegedly took place in 1992.

Officials confirmed in April that an allegation involving Mr Spacey and an incident with a man in West Hollywood in 1992 was being investigated.

Another case concerning an alleged incident in 2016 remains under review.

A number of allegations of sexual misconduct have been made against the Oscar-winning actor since last November, when he was accused by actor Anthony Rapp of making a sexual advance in 1986.

Mr Spacey claimed to have no memory of the events but publicly apologised. He has since issued an "absolute" denial of the other allegations that later emerged.

Police in London are investigating six criminal cases against him. 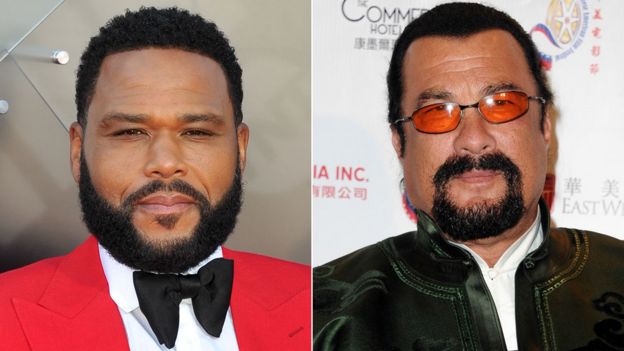 Allegations have also been made against Anderson and Seagal

Prosecutors in Los Angeles have also said they would not charge actor Steven Seagal and TV comedy star Anthony Anderson over two other sexual assault accusations.

The 1993 accusations against Seagal fell outside the statute of limitations, while Anderson's accuser declined to be interviewed.

The allegations against Spacey saw him dropped from Netflix series House of Cards and replaced by another actor in All the Money in the World.

Last month a film in which he appears, Billionaire Boys Club, took a record-breaking low of $126 (£98) on its first night in US cinemas.