KiDi, Asakaa Boys, Wendy Shay, others billed for 2021 Ghana to the World: New Era Concert in US - MyJoyOnline.com

KiDi, Asakaa Boys, Wendy Shay, others billed for 2021 Ghana to the World: New Era Concert in US 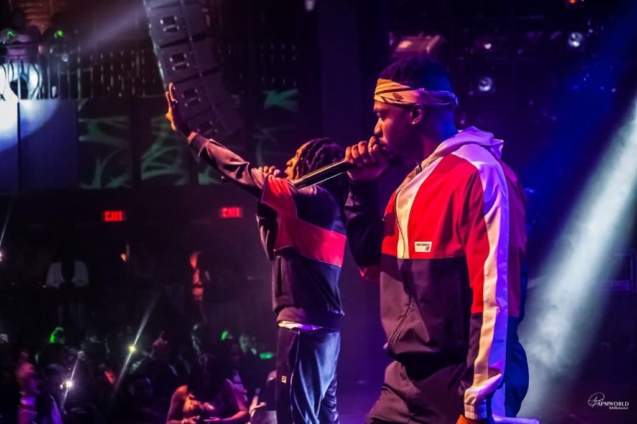 Chief Executive Officer (CEO) & President of Inside LLC, Nana Gyimah has announced that the second edition of Ghana to the World: New Era Concert has been slated for this October 2021.

The maiden edition which happened in 2019 was massive sold-out with billed artistes such as R2Bees, Efya, Darko Vibes, and King Promise among other musicians who thrilled patrons at the star-studded concert that took place at the Times Square, Playstation Theater.

In 2020, the show was postponed due to the emergence of the global pandemic, but now fans can breathe life into the city after a year-and-half of waiting on the biggest concert which holds the largest concentration of people from the African diaspora.

Mr Nana Gyimah, who is poised to bridge the gap between Africa and the United States of America, says the 2021 concert happening this October in New York City will help spread diversity and culture through art and music.

In an interview with the CEO, Mr Gyimah on why he is keen on this year’s event, he said: “We knew the people of New York were dying for more Afrobeat events on a much larger scale. That’s why for Inside, LLC Presents: Ghana to the World: The New Era Concert 2021.

“We knew we had to kick it up a notch to host a much larger audience and feature some of the world’s top Afrobeat/African talent. We are thrilled to announce our second ever concert in New York City come this Oct 2021 at Terminal 5.

Ghana to the World: New Era Concert is held annually in the United States of America (USA) and it’s heavily attended by people from the diaspora.

As Afrobeats rises up the ladder in the music sphere, the music concert is apt to stay and continue to entertain patrons abroad who want to have a feel at home.

The New Era Concert goes beyond a normal musical show with patrons feeling the synergy as family members rooted under the umbrella of African music.