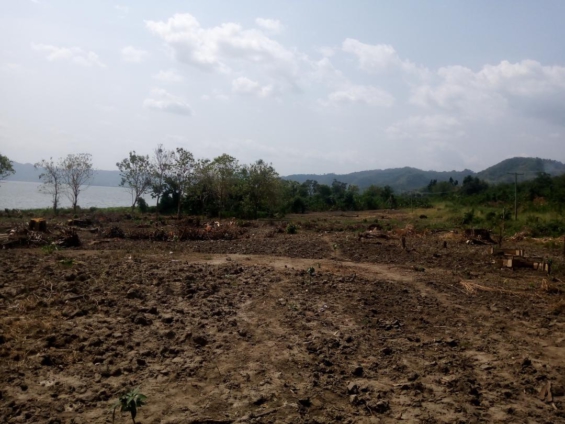 It’s Earth Day, and the rains have poured heavy early morning in the Garden City of Kumasi.

Such rains should come as soothing relief to residents of Kumasi. But many communities are not enthused with such downpour – more rains will result in flooding of homes, markets and streets in parts of Ghana’s second largest city.

The devastation of the recent phenomenon is real and discomforting to people.

But would Kumasi see its greens restored?

The theme for Earth Day 2021 offers a cue: “Restore Our Earth”, focusing on natural processes and emerging green technologies that can restore the world’s ecosystems.

The declining state of urban environments was one of the driving forces behind Ebenezer Howard’s invention of the Garden City model in the late 1800s, as a way to preserve much of the natural environment while creating a blend of town and country or village life in an urban setting.

Kumasi is one of the few cities in Africa where the Garden City model has been implemented. The British developed a development plan for Kumasi in 1945 that adopted the common Garden City model of the time, allocating a large portion of the city’s land area to green spaces.

These green spaces refer to both public and private open spaces in urban areas that are largely protected by natural vegetation and are accessible for human use directly or indirectly.

Urban parks, gardens, trees, woodland, wetlands, and green belts were examples of such spaces in Kumasi at the time. The city’s subsequent growth followed a similar trend, with many green spaces retained in the physical landscape. In the 1960s, this circumstance earned the city the title of “Garden City of West Africa.”

However, due to excessive urbanization and physical alteration of the green vegetation – indiscriminate tree felling, degradation of wetlands, and unsustainable infrastructure growth – Kumasi is losing its green vegetation at an alarming pace.

The sad tale of Kumasi journalists planting trees in vain

In May 2019, journalists in the Ashanti region undertook a massive coconut tree planting at a wetland bordering the Subin River at Danyame in the Kumasi Metropolis.

Planting along the waterlogged area was the group’s contribution to climate action and to help check perennial flooding of the area at every rainstorm.

During the exercise, concerns were raised about unrestrained cutting down of trees, with a call for residents, traditional and local authorities to stay vigilant to the environmental havoc.

But soon the very trees planted by the journalists, together with over 1,500 plant species, were cleared on the wetland for a construction project.

The Ashanti Regional branch of the Ghana Journalists Association (GJA) demanded compensation for the destruction of its project. But that is all the group could do.

The GJA was disappointed as the Kumasi Metropolitan Assembly claimed it had not authorized any developer to carry out a project in the area.

The space is currently cordoned to ward off encroachment.

Destroying the King’s trees with impunity

In June 2019, the Asantehene, Otumfuo Osei Tutu II, declared his commitment to plant and manage 2.5 million trees around Lake Bosomtwe, the only natural lake in Ghana.

The five-year landscape restoration project, covering 4,000 hectares, is in line with the King’s move to provide protection for water bodies in Asanteman.

Under the project, three fringe communities on the Lake Bosomtwe Basin – Amakom, Adjaman and Atafram – planted hundreds of trees in the buffer zones of the Lake in commemoration of the 2020 International Day of Forests and World Water Day.

But in less than a year after the exercise, a private developer encroached the buffer of the tourist site to wreak havoc. He cleared trees planted along the Lake and destroyed the spawning areas where the fishes lay their eggs.

Such is the spate of impunity in killing a healthy balance between biodiversity conservation and its sustainable use.

Sadly, the destruction of green spaces in Greater Kumasi is often motivated by the selfish interest of traditional leaders, regulatory agencies and local government authorities.

Restore the Garden in the City

The destruction of urban trees has resulted in the degradation of the environment.

Over the past two decades, there have been several projects initiated by the Kumasi Metropolitan Assembly to green the city. But most of these have remained mere rhetoric.

In 2014, the KMA embarked on the Urban Forestry project with a target of planting one million trees along highways, open spaces and school compounds. But the goal of restoring the city’s Garden City status by 2017 could not be achieved.

Under the current Keep Kumasi Clean and Green project, the KMA says over 100 thousand trees have been planted along water bodies and ceremonial streets.

But is the beauty of the flora and fauna of the city invisible?

The Importance of Green Spaces

Studies show green spaces in a city can save lives. They help lower air temperatures and boost well-being.

As a result, there is an increasing understanding of the significance and value of urban green spaces in cities. Conserving green spaces in the physical environment of cities – parks, gardens, and forests – has been described as an activity that contributes to city sustainability.

However, certain obstacles must be resolved in order to preserve such spaces, and this has received little attention.

Urban sprawl is very common, resulting in a significant loss of green vegetation on the city’s outskirts. Kumasi now lacks much greenery, which runs counter to the city’s original garden city model.

Overcoming the “physical” obstacles to urban green spaces would help to ensure their long-term viability in Kumasi.

Conflicting ownership rights, encroachment, and inadequate maintenance have been identified as major physical obstacles to the creation of urban green spaces and are factors impeding Kumasi’s greening.

To improve the quality of urban green spaces, the city authorities should prioritize the preservation of green vegetation, with an effective green space plan in place to direct the creation of the city’s green spaces.

There are suggestions for the construction of additional parks and gardens, the development of brownfield sites into green spaces, and the institutionalization of a green space award scheme.

In order to foster a positive attitude toward green space management in Kumasi, intensive public education is needed.

In addition, agencies responsible for the maintenance of green spaces in the Kumasi Metropolis are advised to follow environmental bylaws, physical planning codes, and standards.

Perhaps, the spirit of Earth Day 2021 will spur interest groups to act in restoring the greens of Kumasi to regain its ‘Garden City’ accolade.

DISCLAIMER: The Views, Comments, Opinions, Contributions and Statements made by Readers and Contributors on this platform do not necessarily represent the views or policy of Multimedia Group Limited.
Tags:
Garden City
Kumasi
Lake Bosomtwi