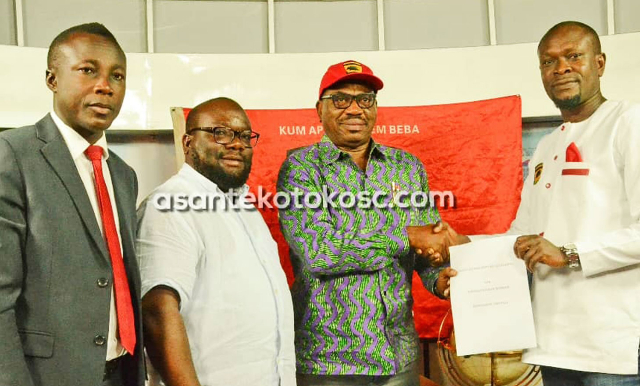 Kotoko have signed a three-year contract with coach Charles Kwablan Akonnor with the former Black Stars captain expected to lead the technical bench till 2021.

The former Wolfsburg captain said, after the signing, that he is bringing on board a philosophy he calls the ‘Agroball’ which combines entertainment with goals and hopes to get the support of the club's hierarchy, including the supporters.

The experienced coach replaces Paa Kwesi Fabin, having handled rivals Hearts of Oak, Dreams FC and AshntiGold, and is set to bring his rich knowledge of the game to bear to improve Kotoko.