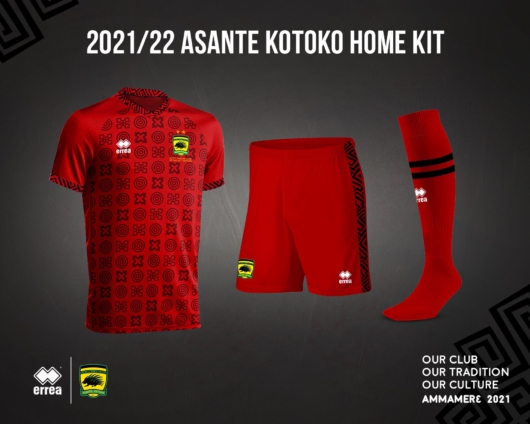 Asante Kotoko have unveiled their home and away kits for the 2021/22 football season.

The club, after counting down to the unveiling from last week, broke the internet with their kits for next season.

Kotoko maintained the red color for the home kit with tiny Adinkra symbols neatly scattered across the front.

The Kumasi-based club went with yellow for the away kit with green and black strips on the end of the sleeves.

Large imprints of Adinkra symbols are found in four quadrants infront of the shirt.

The Porcupine Warriors are expected to don their new kit when the Ghana Premier League officially kicks off on October 29.