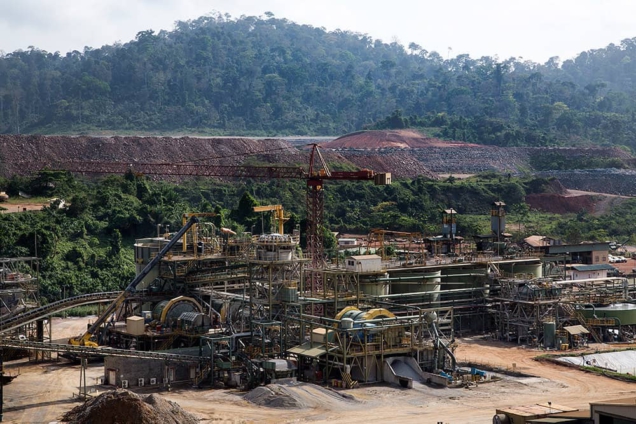 Ghana is a ‘starboy’ in global gold production. For more than 100 years, the country has supplied the world with envious quantities of the most precious metal to maintain its grip on top 10 global producers.

In 2019, it by passed South Africa to become the continent’s largest gold producer.

A robust regulatory regime has also led to a fairly disciplined mining culture although pockets of incidence call for increased enforcement.

With substantial proven reserves, the country remains a critical source to the world’s future gold demands and investors that pitch camp there could smile for a long time.

The challenge though is the structure of the country’s mining sector. Despite mining gold for a century and counting, the country has failed to produce its own ‘gold tycoons.’ Neither a single Ghanaian entrepreneur or company nor a group can boost of up to a 20 per cent stake in any of the top five gold production companies.

That is why the proposed sale of Kinross Corporation’s Ghana operations (Chirano Gold Mine) to Asante Gold Corporation is generating steamy excitement among industry stakeholders and the government.

Chirano is the new hope?

Although a Canadian-based company, more than 40% of Asante is owned by indigenes, giving it the necessary Ghanaian grip in a high-end mining company that the country had long lacked. Some board and strategic executive positions are also held by Ghanaians and that brings the company further closer to the communities it operates in.

Just last month, the state-sponsored Minerals Income Investment Fund (MIIF) acquired 3.5% of Asante in line with the fund’s mandate to hold strategic stakes in high-performing mining companies. It has also agreed to fund the purchase of Chirano by Asante to augment its plans of enhancing the value that the country derives from gold production.

Asante’s bullish posture to acquisitions and investments in the country could also signal its commitment to the long-term vision of the country and the government. Between 2011 and this year, it has closed more than four deals, all of which were fully funded from its balance sheet and shareholders.

Just last August, it purchased the Bibiani Gold Mine for $90 million and has since assembled a Ghanaian-led team of engineers to refurbish the plant and bring the mine back to production.

The announcement of the exclusive agreement to purchase Chirano Gold Mine from Kinross was also preceded by plans to cross-list on the Ghana Stock Exchange to further share its wealth with the general public.

All these align well with the government of President Nana Addo Dankwa Akufo-Addo’s broad vision of a Ghana Beyond Aid, using the private sector as the fulcrum.

The sale of Chirano also portends great prospects for the gold-rich Bibiani community and the surrounding areas. It will revitalise the mine through investments and inject new life into the community, which was a huge beneficiary of Chirano’s expansive social interventions and infrastructural projects.

Conscious of these ripple effects and in line with its mandate to help enhance the value that the country derives from the mining sector, MIIF has been pushing through its commitmen to fully fund the transaction with support from the Ghana Infrastructural Investment Fund (GIIF).

With MIIF onboard, Chirano’s revitalisation could be speedy and broad-based. That builds upon the new hope emerging from the community around Chirano’s operations, creating good will for a government that has earned applauds for significantly changing the face of mining and revitalising that further with a proactive an forward looking Minister in charge of Lands and Natural Resources.

And in case there is doubt, Springfield and McDan come in handy. The strong rise of those indigenous companies over the last five years should be enough motivation for the government and Ghanaians at large to commit more funds, policies, technical expertise and general support into enabling a transaction that has the potential to set the tone for Ghana to own a substantial part of its lucrative mining sector.