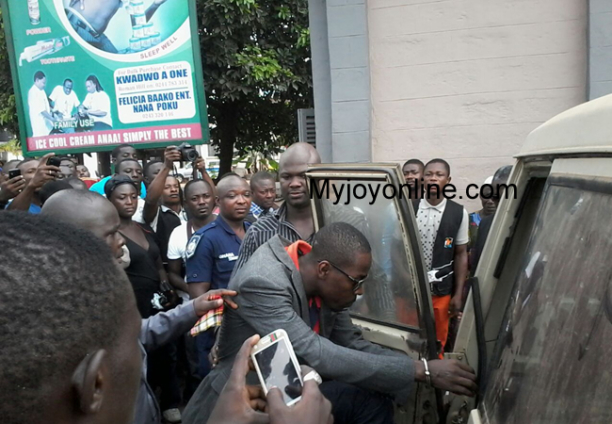 Hiplife artiste Kwaw Kese would spend the Christmas and the New Year behind bars after the Kumasi Metropolitan Assembly (KMA) Court refused to grant him bail.

At hearing Tuesday, December 23, 2014, Judge William Boampong refused the bail application despite the pleas from counsel for the defendant to be released on health grounds.

Luv FM’s Erastus Asare Donkor reports from the courts that, Kwaw Kese, who was in tearful mood, personally begged the judge because, “I’m suffering” but Judge Boampong refused.

Erastus said the defendant's counsel, Nana Kwasi Boaitey, had earlier asked for a short adjournment to allow his client’s condition to be reviewed by a doctor.

But the prosecution insisted that the Judge proceeds with the hearing despite admitting that Kwaw Kese is sick.

The judge ruled that the defendant be sent back to prison custody until the next adjourned date, January 5, 2015.

Known in private life as Emmanuel Botwe, Kwaw Kese, also known in the showbiz industry as “Abodam” was arrested on Saturday, November 22 by the police at Nhyiaeso in Kumasi in the Ashanti Region. He is facing charges for publicly smoking weed.