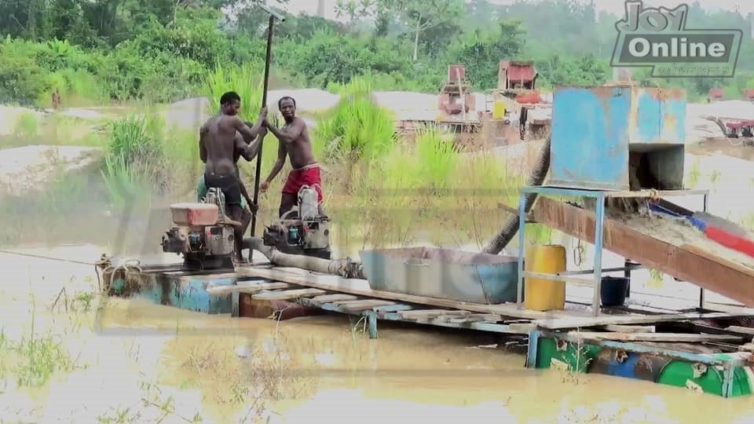 The Lands Ministry has initiated processes to ban the use and assembly of Chang-fa boats, which float on water bodies for dredging.

Declaring the equipment illegal is part of government’s drive to halt the dredging of water bodies for gold.

The move will allow the task force against illegal mining to arrest equipment producers and destroy production workshops.

The mounting of the dredging equipment, known as Chang-Fa, has become common as gold miners desperately search for the ore in river bodies.

The equipment mainly consists of motor-powered barrel-like apparatus held together with steel. Wooden boards cover the platform powered by the Chang-fa engine.

On top of the boat-like machine are compartments that aid the washing of the sand deployed by alluvial miners in their operations.

This activity contributes largely to the destruction of water bodies.

Various efforts to rid river bodies of destruction by the dredgers have destroyed thousands of boats.

The building of a boat with two Chang-fa engines costs at least ¢15,000.

It is estimated the cost for acquisition can be recovered in less than a week.

Deputy Minister of Lands and Natural Resources sees the ban on assembling chang fa boats as prudent in the fight.

“We are now going to the homes to make sure that if you are assembling the chang fan boats, you are also arrested”, he emphasised.

As part of efforts to deal with the dredgers, government intends to deploy river guards to complement the works of the security agencies in halting bad mining practices.

The Ministry has already inaugurated a task force of the small-scale mining association to support the fight against illegal mining, especially on rivers.

“This is a rapid response unit to augment the strength operation halt has. It is set up by the Ministry to attend to distress calls especially in the river bodies and the forests”, he added.