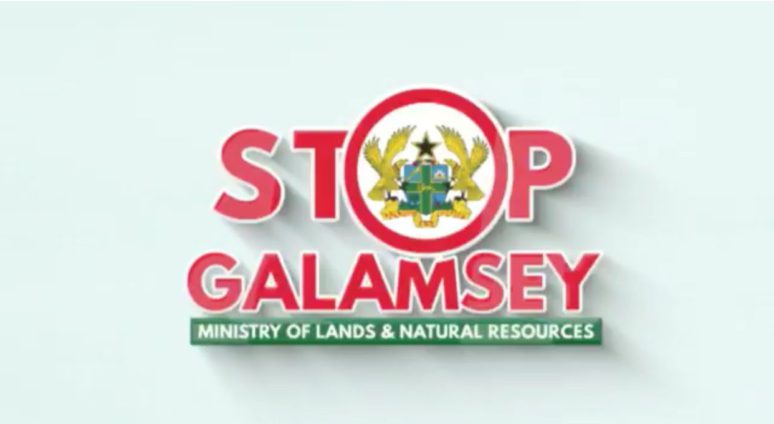 The Ministry of Lands and Natural Resources has released a music video to create awareness on illegal mining popularly known as ‘galamsey’ in the country.

Ghanaians are being urged to stop galamsey to help save the environment and water bodies from destruction.

A number of placards displayed in the video warned of the dire consequences associated with illegal mining, including depletion of the forest reserve, and loss of lives.

Ghana is one of Africa’s largest gold producers with several of the world’s top mining firms like Newmont, Kinsross, and Anglogold Ashanti.

The ruling New Patriotic Party, since assuming office in 2017, has vowed to combat illegal mining. President Akufo-Addo put his presidency on the line in the fight against galamsey

Several measures were put in place to champion the fight against illegal miners in the country.

The Lands Minister, Samuel Jinapor, in a recent visit to the overlord of Mamprugu, Naa Bohigu Abdullai Mahami Sheriga, pleaded for support to deal with the menace.

Samuel Jinapor indicated that matters relating to lands, forestry, and mines cannot be properly managed without the Chiefs’ support.

He said, “chiefs are pivotal in the efficient management of Ghana’s natural resources.”