Lazy people are smarter than everyone else (says best study ever) 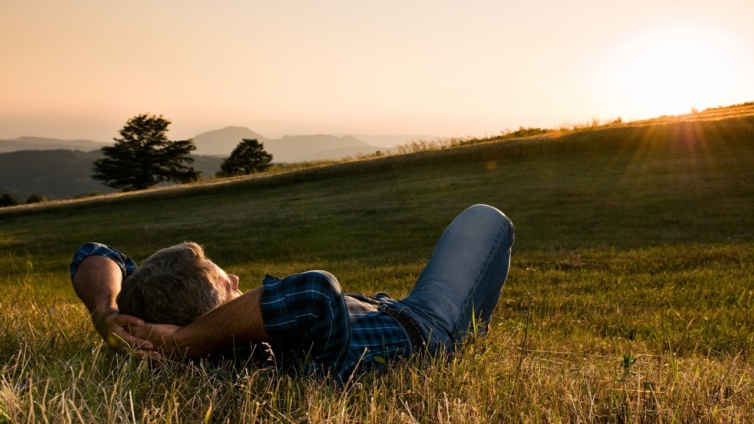 Are you lazy? Well, we have some great news for you: You’re smart. Not just smart, but smarter than people who aren’t lazy!

Researchers from the Florida Gulf Coast University used a written test to find the perfect research group to prove their theory.

They divided the group into those who cherished thinking and actively sought out thought-provoking situations and those who would rather do anything but think.

That group was comprised solely of the men I have dated. HA! (Kidding, kidding.)

Then, they gave them activity monitors. The study doesn’t specifically say that these monitors are FitBits, but I’m pretending that’s the case just because of how much I heart my lil’ FitBit and I like to feel included.

After a period of 7 days, the results were in. The “thinkers” were markedly less active during the week than their less thoughtful compatriots.

So what do scientists think this means?

Their rationale is that smarter people are also lazier because they have longer attention spans.

They don’t need to always be on the move in the hunt for their next form of stimulation (kinky). In other words, they can sit on their asses for hours on end reading, napping, and thinking, while less intelligent people are like “LET US GO AND CLIMB UP YONDER MOUNTAIN SO THAT THE THOUGHT MACHINE ON MY SHOULDERS REMAINS QUIET ”

I like how this study basically validates my entire life. On Sunday, I got home from my boyfriend’s place around 1 pm. I watched three consecutive episodes of The Real Housewives (Melbourne, then New York, for those interested), then napped, and boom — it was 9 pm. It’s good to know that it turns out I am actually a genius, even though I’ve long suspected as much.

While this study is great for the purposes of flinging in the face of your more active friends when they try to shame you for the butt-marks on your favorite armchair, it is true living a strictly sedentary life is super bad for you.

Luckily, the awareness of their tendency towards sloth is supposedly all the encouragement smart people need to get off their butts and move a little.

True story: After my day of total laziness, I went for a nighttime walk and logged three miles, so clearly I am the poster child for this study.

Oh, one more very funny thing: The researchers running this study also found that on the weekends, the activity rates for both the lazy and the smart were equal! They claim not to know why, but I think we can all work that out.

Since we don’t work on the weekends, the smart probably move a little a bit more, and since the weekends are made for just chilling, the super-active probably allow themselves to move around a little bit less.

DISCLAIMER: The Views, Comments, Opinions, Contributions and Statements made by Readers and Contributors on this platform do not necessarily represent the views or policy of Multimedia Group Limited.
Tags:
Florida Gulf Coast University
Lazy People
Smart People