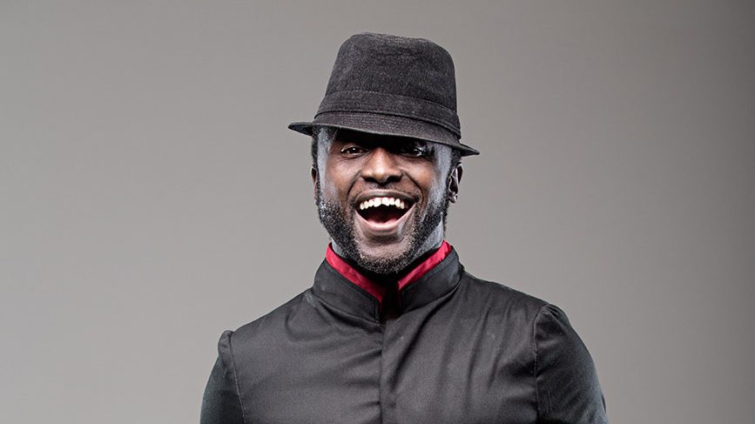 Ghanaian musician Reggie Rockstone has come to the rescue of rapper Sarkodie after some Ghanaians came after the latter following his interview with Nigerian radio presenter, Osi on Beat FM Morning show.

Sarkodie during his ‘No Pressure’ album tour in Nigeria agreed with Osi’s assertion that Ghanaians tend not to be appreciative of their own talents.

“So, that’s huge for you as a Ghanaian artiste to sell out the Apolo. And it took me, a Nigerian radio presenter during my research to know.. It is almost like we don’t hear about this stuff. It’s almost like it is not happening. So I feel like we recognize how talented you are. You know what you are doing, especially not just for Ghanaian music, what you are doing for African music as well. I think that our Ghanaian brothers and sisters, it’s almost like they don’t know what they have. They should actually show you so much love,” the presenter said.

The ‘Fa Hooki Me’ hitmaker replied saying: “You are trying to get me speechless, basically. Because everything I want to say is what you are saying. So I have nothing to say.”

Adding that “It is kind of like dicey when it is coming from me. Because you have people, you have friends, they don’t want to feel a certain kinda way. But what you said, I could say that I do get my support from Ghanaians. But I know what you are trying to say. They should really hold on to moments and cherish.”

This interview has resulted in many comments against the rapper including him being described as pompous. But Hiplife artiste Reggie Rockstone says the comments Sarkodie made are nothing but the truth.

Thats not what the tweet or Sark saying,,, all his saying is,,, we should hold on to the little wins and also stop the stupid comparing small boi like nasty c dem to ur own Ghana artists.. Ghanaians must wise up

For him, Sarkodie is down to earth, thus cannot be described as pompous for voicing out the facts.

Taking to social media, the Grand Papa in a 10 minutes video said: “What really bugs me out is how some of you have managed to take the narrative and turn it around and come back at Sark. You all. Yeah, that’s GH. Oh boy, you have mastered the art.”

“The very thing that Nigerian man spoke about, you are actually doing it again by turning around. You know why you are defensive? It is because you are guilty. That is what it is. Before that Nigerian presenter said what he said on television, both you and I knew about Gee hate. It has been a topic apparently pending in my country. You know this, don’t fake a funk. Don’t be a hypocrite. We know that we have serious issues in Ghana concerning our hatred towards each other, even the very country.”

Mr Rockstone further descended heavily on the critics stating that what persons in the country derive entertainment from is the beef and arguments between artistes on social media.

“Sarkodie’s issue is just on the surface. Gee hate affects everything Ghanaian. Self-hating Ghanaians affect everything Ghanaian. It is not about Sark. It affects you, me and our general attitude towards each other. Our bitchiness, our pettiness. If you don’t believe, half of your social media content is fueled and based on negative, toxic bulls#it. Tell me I’m lying. Half of the sh#t that you all tune into is other folks fighting each other, people putting people out, people cussing each other, that has become our general entertainment.”

The Grand Papa of Hiplife music noted that he has lived long enough to understand the dynamics of the game and although it is impossible to please everyone, Sarkodie is doing enough by carrying the country on his back and should be left alone.

“I’m old enough to speak on this and I know this. I understand the dynamics of what exactly is happening. Spare me the BS and leave that man alone. He has done enough doing well, yeah you can’t please everybody even if you sell ice cream. But the one thing you are not going to take away from that young man is what he stands for as far as entertainment goes. That man is carrying Ghana on his back

He further made reference to a time he figuratively suggested that a statue should be built to celebrate Sarkodie, born Michael Owusu Addo.

“Let me give you an example of how Ghana operates. I remember there was a figure of speech, I love Sarkodie, Medikal, all my soldiers who are putting out their work and I support you. I candidly said Sarkodie deserves a statue. You’d have thought I slapped your mother. You’ve still got your colonial masters statue everywhere. Spare me the bullsh#t. This is how sleek Ghana is. They said Rockstone, what has he done. If anyone deserves a statue then it should be you. No, you don’t need to build me a statue. No, 25 years after my work and putting work into HipLife, you all said I didn’t do it. That is what they do, they play.”

“Well everyone is saying Sark is pompous. You are lying. Everything you probably think you know about Sarkodie, it was written, bad blogs, somebody’s opinion that they fed to you so today you come on social media and say he is pompous. Do you know him personally, no you don’t. One thing for sure is I am a good judge of character. If he (Sarkodie) was anyway pompous, I wouldn’t be around him. He is not even close. But it is showbusiness. I am the nicest dude on this earth but people still get to say sh#t about me,” he added.

In conclusion, he advised Ghanaians to support one another since that is the only way to move forward.

“Gee hate has been apparent. We have had this issue from Kwame Nkrumah to Sark to me and to you. It is an attitude we need to fix, period. I remember when the brother hooked up with Acehood, Ghanaians remember what you did to him? Spare me the bullsh#t. Enjoy his music, bring everybody up. Remember the Nigerian slogan is Nigeria doesn’t carry last. With a slogan like that you can win. God bless you, God bless Ghana.”