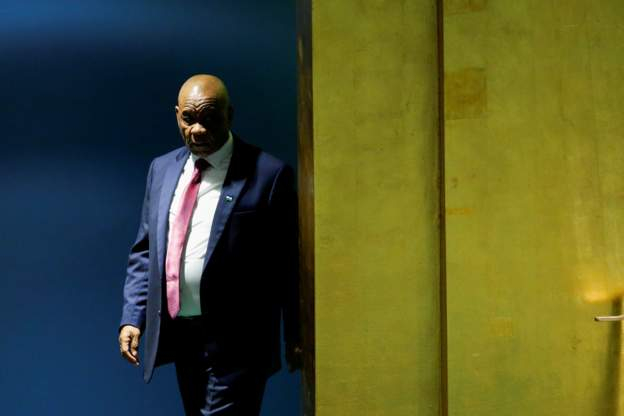 Lesotho Prime Minister Thomas Thabane’s party has announced to his party that he will step down, the AFP news agency reports.

A spokesperson for the ruling party All Basotho Convention (ABC) said Mr Thabane will officially announce his resignation to the cabinet on Tuesday.

No reason has been given for Mr Thabane’s decision, although the party had last week asked him to resign after court documents made him a person of interest in the 2017 murder of his estranged wife Lipolelo Thabane.

The prime minister has not yet commented to the allegations.

His current wife Maesaiah Thabane is wanted by police for questioning over the murder.

An arrest warrant has been issued for the first lady but she has gone missing.

The women were involved in a legal battle over who should be first lady. The courts ruled in favour of Lipolelo Thabane, who was gunned down two days to her husband’s inauguration.