The simple tips to improve your health

If you are contemplating a new year's health kick, you could be forgiven for feeling a little overwhelmed.

Do yoga, run, lift weights, cut the carbs, or the fat (depending on the particular diet that's in vogue), ditch the booze, reduce your stress.

It is easy to feel like your life needs to be overhauled in order to be a healthy, happy human being.

But what if you were to make only one change?

We asked experts what single thing they would recommend people should do to improve their health, assuming they are an adult who is otherwise healthy and not a smoker.

Focus on the mind 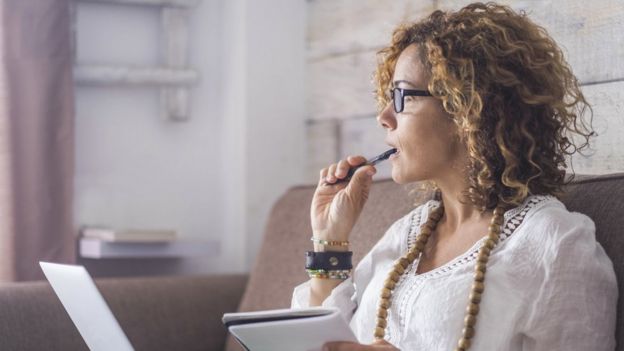 It is easy to only think about our physical health.

But according to Dr Nadine Sammy, associate lecturer for sport and exercise sciences at the University of Exeter, we should also be focusing on improving our minds by building self-awareness.

You might think of this as something that prevents us from embarrassing ourselves, but, according to Dr Sammy, it is much more than this.

Self-awareness is the ability to recognise and understand your moods, emotions and drives, and building it can play a crucial role in improving mental and physical wellbeing over time.

"By understanding your feelings, motivations and behaviours in more depth, you can begin to act more consciously in order to make better choices for yourself," she says.

"For instance, what is your motivation to exercise? When are you most - and when are you least - likely to stick to your exercise routine and why?"

There are many ways to do this, she says, including journaling, meditating, practicing mindfulness or simply making time for self-reflection after certain activities or at the end of the day.

"Better understanding ourselves allows us to play to our strengths and build on our weaknesses, thereby spurring us on to be our best self," she adds. 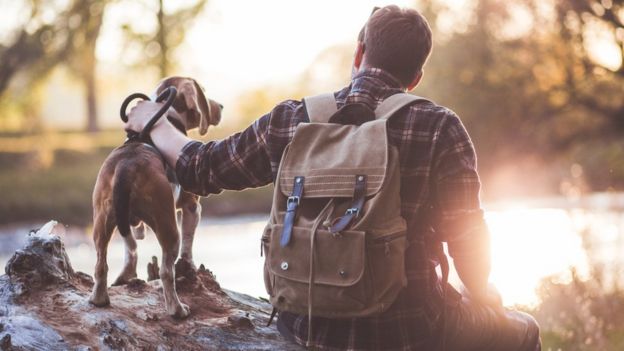 There are particular health benefits in adopting a dog, says Dr Rhys Thatcher

A gym membership, a pilates class, or a morning run - just some of the things that might come to mind when we think of becoming physically more active.

But though going to the gym works for some of us, many will quit after a month or two, says Dr Rhys Thatcher, a reader in exercise physiology at Aberystwyth University.

Instead, he recommends finding ways to routinely incorporate exercise into our daily lives.

There are plenty of ways to do this, from avoiding the lifts at work to parking on the far side of a supermarket car park when you are doing the shopping.

But there are particular benefits to adopting a dog, he says.

If you make sure to walk it for at least 30 minutes twice a day, you will be boosting your activity while also getting the emotional benefits of dog adoption.

"This way you get to spend time outside, you get to exercise, you get a loyal companion and at the same time you get to improve the life of another living thing, all of which have been shown to improve physical and mental health," says Dr Thatcher. 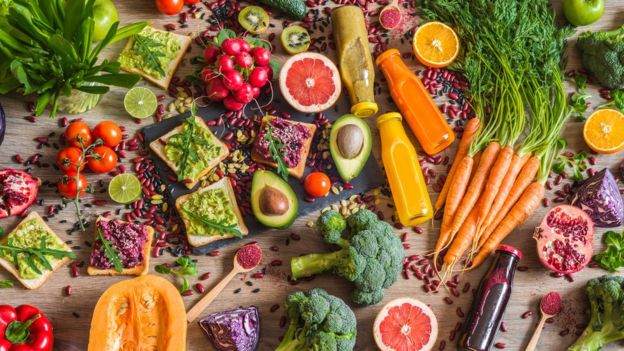 We have all heard about getting our five portions of fruit and vegetables a day.

But according to Dr Megan Rossi, a research fellow at King's College London's department of nutritional sciences, it is not only quantity we should be striving for, but also diversity.

We should aim for at least 30 different plant-based foods per week, she says.

That is because plant-based diversity is thought to have a key role in good gut health.

The bacteria in our gut - collectively known as the microbiome - have a profound role in our health.

Allergies, obesity, inflammatory bowel disease, Parkinson's, and even depression have all been linked to the bacteria in our gut.

One way we can get more plant-based diversity in our diets easily is by being a little savvier about some of the foods we purchase, says Dr Rossi.

"Instead of just buying chickpeas go for the four-bean mix. Instead of buying one type of seed buy the four-seed mix," she says. 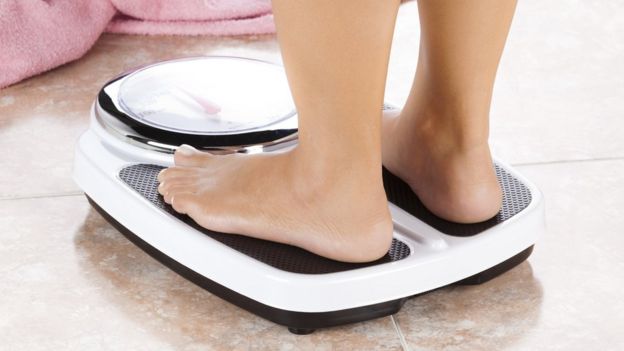 Do not spend so much time focusing on arbitrary matters, do something that makes you smile instead

After the excesses of the holiday season, many of us will be planning to lose a couple of stone or setting a target for how many times we go to the gym each week.

But the problem with "arbitrary" goals like these is that they are often difficult to achieve and failing to reach them can be demoralising, says Dr James Gill.

Instead, he recommends focusing first on trying to be happier.

"There are lists of specific things that you can do to actively make your life healthier, but if you are not enjoying your life you probably won't stick to any difficult or challenging changes for the coming year," says Dr Gill, a locum GP and researcher at Warwick Medical School.

But how do you go about becoming happier?

Dr Gill recommends making one change in your life that will make you smile more often. At the same time, identify one thing that makes you unhappy and try to do something to improve it.

"Get those two in the bag, and you'll be ready to look to other things to really give your health a boost further into the year."

And finally, get enough sleep

It may seem obvious, but we should all aim to get enough sleep (seven to nine hours a night for most healthy adults).

Even being mildly deprived of it (five hours a night) can affect a range of cognitive functions, including decision making, says Dr Gavin Buckingham, senior lecturer in sport and health sciences at the University of Exeter.

There are lots of things we can do to get a better night's sleep, from avoiding caffeine too close to bed to having a consistent bedtime.

But Dr Buckingham's top tip is to stop using electronic devices like phones and laptops well before bedtime or at least put on a filter that blocks the blue light in them.