Philip Paul is a frog seller – and he and his wife and daughter love to eat them. The family hails from central Benue state but live in the north-east, where people are not so keen on them. 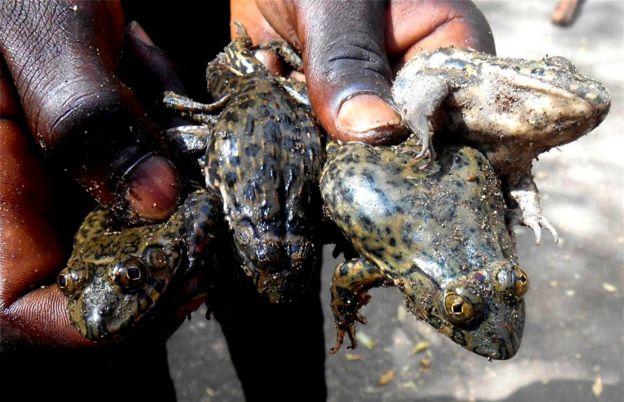 The 25-year-old says the frogs are so easy to catch that he grabs them with his bare hands. At night he puts a bit of bait on rope and when the frogs jump he just reaches for them. 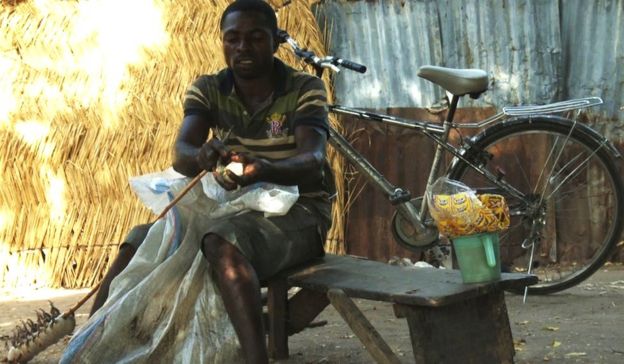 He then skewers them on a stick. Since 2008 he has made a business out of catching frogs in Adamawa state and exporting them to Benue, where they love them. 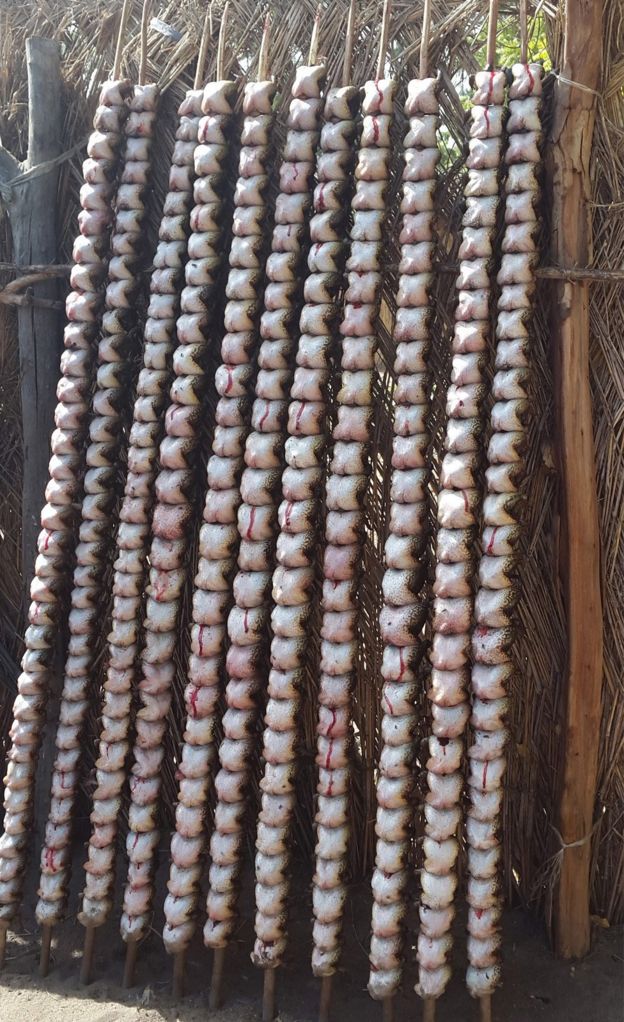 Mr Paul dries out the frogs by the side of his house in full view for his neighbours. This has not persuaded them to have a taste. 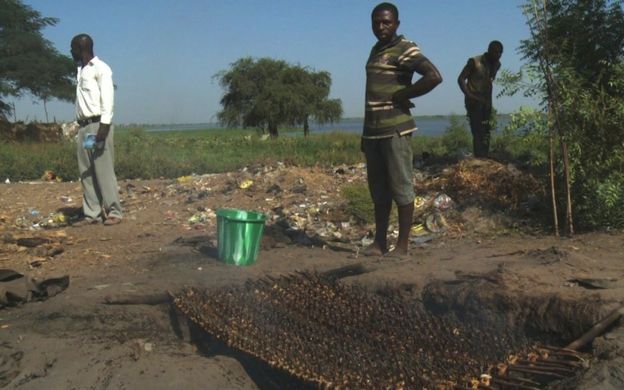 Once the frogs have been out in the sun for six or seven hours, Mr Paul smokes them. 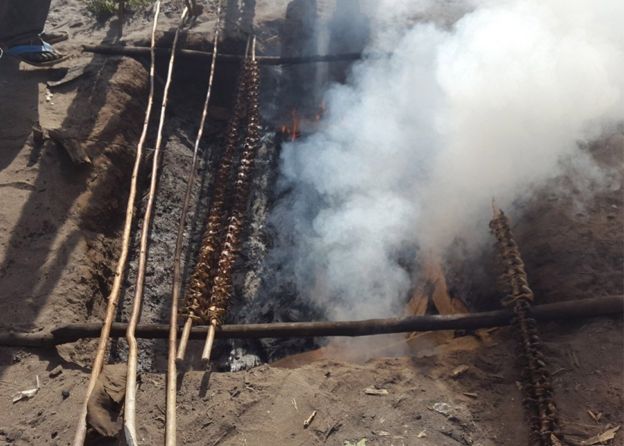 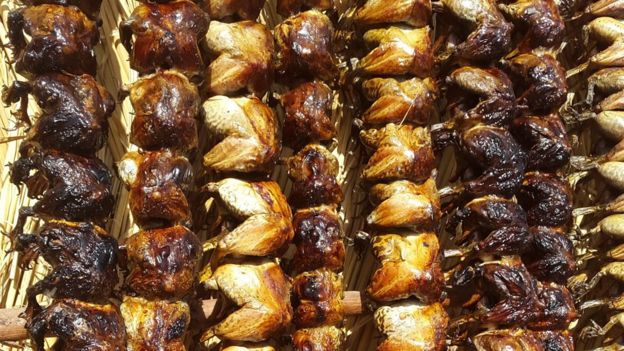 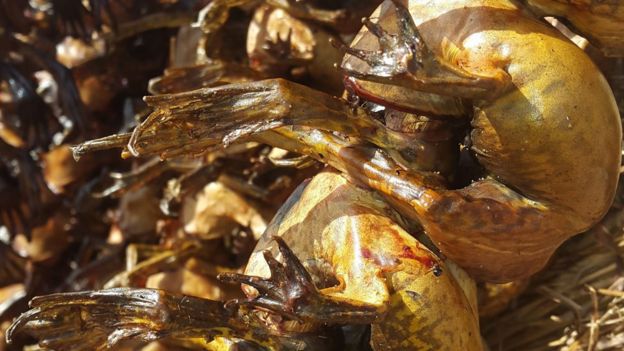 The frogs are cooked in a stew with spices, tomatoes, onions and chillies. Mr Paul tells his neighbours they taste better than fish but they remain unconvinced. By BBC's Christine Otieno.