Ten months ago, thirty-something Jessica was eager to get pregnant. A series of relationships had failed so she tried a radically new approach – she posted an advert online. The outcome turned out to be far better than she had hoped.

The request was posted on Craigslist, a website better known for second-hand goods.

The potential father needed to be over 5ft 9in, under 40 and prepared to take an STD test. He would also be required to have “a few days of frequent sex”.

Jessica makes no apology for her businesslike approach.

“Our grandparents didn’t spend years and years cohabiting and watching boxsets,” she says.

“Starting a family was very much the goal of their endeavour.”

She’d also watched many of her friends start families after falling “madly in love”, only to split up later in a cloud of angry recriminations.

“I decided I could sacrifice romantic fulfilment as long as my child had two parents who loved and cared for them,” she says.

She posted her advert on Craigslist while on a bus from her home in the suburbs into central London – and by the time she arrived at Oxford Street, she already had a number of replies.

She set up a meeting with the most promising one that very evening.

A year earlier, Jessica had been in a long-term relationship with David. Like her, he wanted children… but he was in no rush.

“He was aimless. He wanted to wait until he felt better about his life and his career. You just think, ‘Come on!'” Jessica says.

She had wanted children since she turned 30 and was envious of friends who were starting families. She was also shaken by a visit to her aunt in hospital. Her aunt didn’t have children, and Jessica believed she had been ignored by doctors as there had been no-one to insist on better care. 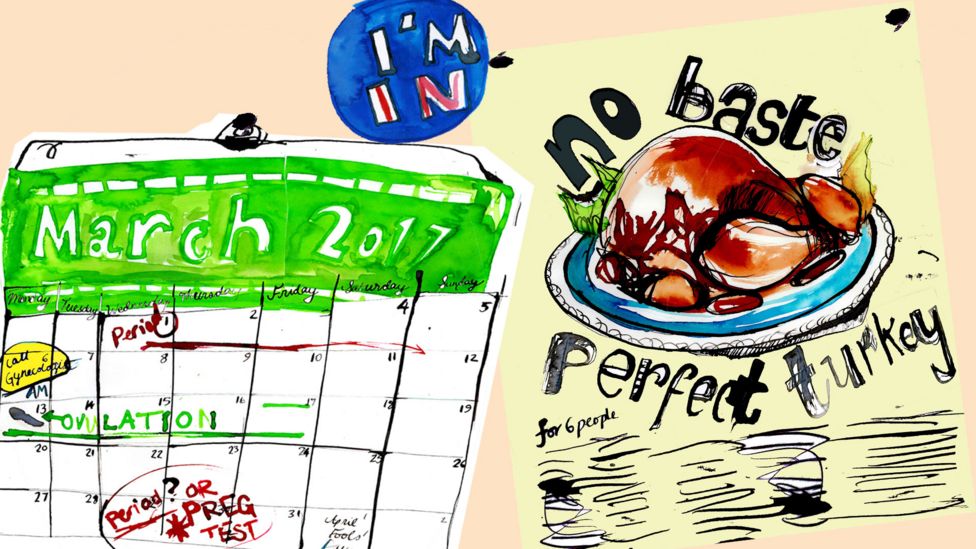 “I thought there was a risk of me ending up in a similar situation if I had no kids of my own. They can act as insurance for when you get older.”

She ended her relationship with David in March 2016 and almost immediately started dating her colleague, Scott. He was keen to have a baby, but after six months of trying they had nothing to show for it. So they went to a GP, who suggested blood tests – and while Jessica’s results were clear, Scott’s revealed a range of fertility issues.

“He didn’t react well to the news and basically fell apart. I didn’t feel I had the ability to support him through it,” Jessica says. “Also I didn’t really want to go through IVF.”

They split up after a make-or-break Christmas holiday in 2016.

Jessica then spoke to a gynaecologist, who suggested artificial insemination using donor sperm. Jessica wanted her child to have a caring father, so she wasn’t keen on the idea, but she discussed it with a friend anyway.

“She asked, ‘Why would you spend £700 for sperm when you could go down to Yates’s [wine bar] and find someone who would gladly give you it for free?'” Jessica says.

“But I didn’t want to go to a pub and have unprotected sex with someone who’d had no STD checks. I also didn’t want to entrap someone into parenthood.”

However, this prompted her to post an advert on a co-parenting website. Scrolling through the potential fathers, she came across quite a few married gay couples, but feared she’d lose out as one among three parents.

She then started chatting to a single man on the website, until an insurmountable barrier got in the way – Brexit.

“He voted to leave Europe and I’m very much for remain,” Jessica says. “I said, ‘I’m not really sure we can parent like this.'”

Jessica quit the website, which charged a monthly fee, and considered dating apps. But as a teacher she didn’t want to post a photograph of herself. Then she thought about Craigslist.

“I didn’t want to use a dating website or Tinder in case a student saw a picture of me. Plus I knew Craigslist got a lot of traffic and was free to use,” she says.

She typed out her advert on the bus to Oxford Street last March, and posted it in the personals section.

“I don’t use turkey basters when cooking and am not using one at conception,” one line read.

She didn’t set many parameters for the potential father of her child, only height, age and sexual health. 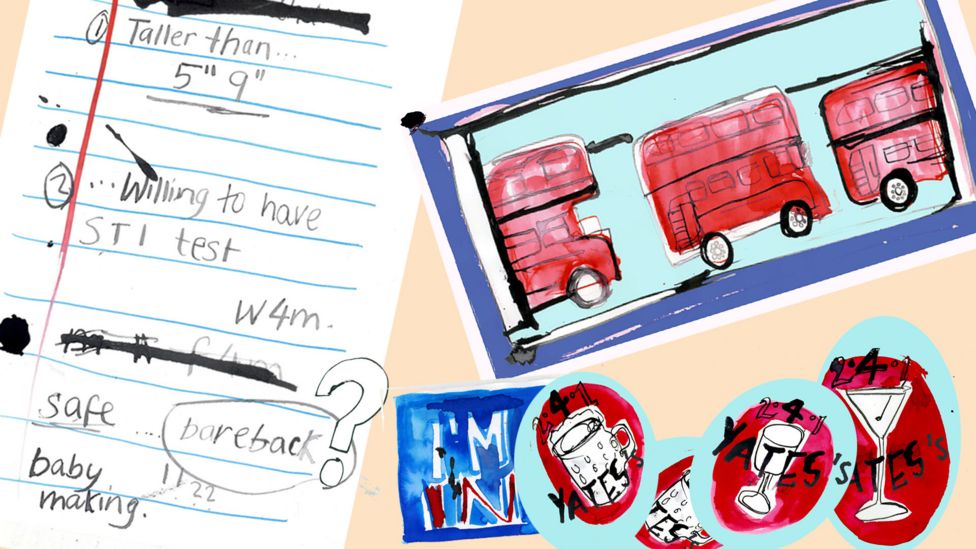 “I just wanted to meet a good person with shared values,” she says.

She received a flurry of replies, including the obligatory slew of penis pictures. A number of men wrote claiming they had helped several women, which turned Jessica off.

“The last thing I needed was for my child to end up at a party and snog their sibling without knowing,” Jessica says.

Another young man wrote to say he was desperate for a baby after his previous partner had a miscarriage. Jessica felt he was too vulnerable.

Then she received an email from Ross.

“He was 33 and also lived in London. He said he’d had some disastrous relationships but he loved being an uncle and wanted children of his own,” Jessica says.

They agreed to meet for drinks that evening.

“I thought he was much better-looking in person than the photo he sent,” she says.

They discovered they were of different faiths but agreed they wanted a “London approach” to religion.

“We agreed there was one God who loved pretty much everybody and we would want a child to be comfortable with people of any faith or no faith.”

Jessica and Ross kissed at the end of their first meeting. “I felt very comfortable around him,” she says.

A few days later they had dinner and arranged to have STD checks. After their fourth date they decided to have sex, to see if they were physically compatible.

“It was really good,” Jessica says.

“We decided to start trying for a baby, knowing it could take a while.”

But within weeks Jessica was holding a positive pregnancy test. She had conceived during her very next cycle.

“I found out I was pregnant about six weeks after I’d posted the advert,” Jessica says. “That was a bit of a surprise. It definitely wasn’t what I had expected.”

There hadn’t even been time for Ross to get a sperm count.

They didn’t have a written contract but agreed they wouldn’t sleep with anyone else.

“I didn’t want to label what my relationship with Ross was,” Jessica says. “I was delighted I was pregnant but I was wary that might make me think I was in love with him.”