As young newlyweds, we moved into Ann’s parents’ house in Findlay, Ohio, for the first few months of our marriage. Living with your in-laws? Now that’s pressure. At the time, we were also raising our financial support to join the ministry of Athletes in Action. That was even more pressure.

The pressure just seemed to be too much. We distinctly recall one memorable hot summer day when Ann’s parents had gone out for some reason. What should have been prime “newlywed alone time” descended instead into something else altogether. The conflict began, as most conflicts do, with a conversation that eventually escalated into an argument.

When things reached their boiling point, Dave got up and walked out of the room. But Ann wasn’t done with him, so she followed behind him and shouted, “Hey, where are you going? Come back here and fight like a man!”

As manliness went, Dave considered himself to be the manliest of them all. After all, he was the quarterback on his high school and college football teams and was even voted “the man” in his high school and college Halls of Fame. And yet Ann had the audacity to challenge his masculinity! The problem was, as manly as he may have been at the time, he had never resolved a single, solitary conflict in his entire life. His physical muscles were respectable, but his emotional ones were pitiful.

So he did what any born-again, Bible-believing Christian missionary would do. He turned, kept walking away from her, and simply yelled, “Bleep you!”

Except there was no bleep — it was no surprise that Dave copied identically how he had seen his dad handle conflict.

From behind him, he heard Ann scream back, “Oh, yeah? Well, bleep bleep you!”

Whoa. He spun around, totally shocked that his innocent, angelic bride had just double-cursed him. We can only imagine what the neighbours were thinking since the windows were wide open: “Oh, that’s just that missionary couple over there having a nice conversation.”

As soon as Ann’s words hit the air, Dave stomped upstairs to get away from this horrible thing called marital conflict, but Ann seemed intent on dragging it out. She followed him up the stairs.

Trapped, Dave stammered, “What are you doing? Leave me alone!” He felt completely uncomfortable, since resolving conflict was not something he had ever seen done before. 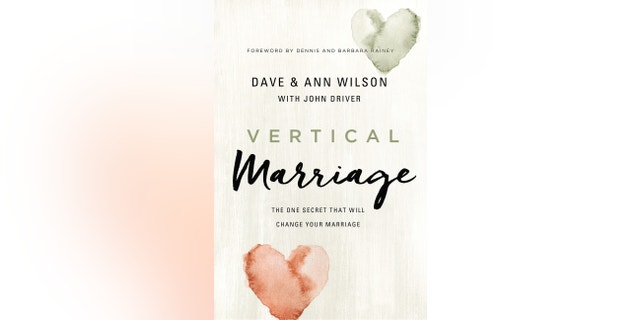 And so unresolved conflict became commonplace in our young marriage, much to Ann’s chagrin. We eventually finished raising our financial support and moved to Lincoln, Nebraska, but even so, our inaugural year from hell continued behind closed doors.

Dave became the chaplain of the Nebraska Cornhuskers football team, but that didn’t help our problems either. In fact, on our drive to Lincoln, another argument ensued. Let’s just say that it didn’t go well at all, so much so that Ann finally said, “Marrying you was the biggest mistake of my life!” We literally had to pull over and get out of the car so we could both cool down.

The months flew by, and we continued fighting. Dave still wasn’t very good at resolving conflict, but in ministry he had at least learned that the Bible says we shouldn’t go to bed angry. So we would argue late into the night, which we’re sure is exactly what God had in mind when he inspired that particular verse to be written. Not! On the outside, everything looked perfect; but on the inside, we were sinking fast, with no hope in sight.

This conversation was one of the lowest moments of our marriage. We just couldn’t figure out what had happened. In only a few short months, we had gone from gazing lovingly into each other’s eyes to glaring at each other with anger and disgust, each wondering — and often not only to ourselves — if we had married the wrong person.

It may not happen to every couple so quickly, but at some point in marriage, the blinders are removed from your eyes and you begin to realize that this person you have married is not just slightly flawed, but is actually full of flaws. This would be hard enough to swallow, but usually there is something else that happens that doubles the trouble you are experiencing: your spouse has the same realization about you at the same time you are having it about them. Double whammy. It may not always happen to the degree that arguments escalate as ours did, but it always happens — and yet most couples are blindsided when the blinders come off. No one has prepared them for the difficulty, the work, and the unexpected beauty that can arise from marital conflict.

This is why we have literally had hundreds of couples tell us that they believe they married the wrong person — at some point, it happens to almost all of us.

The fact is that every married couple will have conflict — and perhaps a lot of it. That has certainly been true for us. We are both stubborn, willful, selfish people. There are situations in which one spouse possesses strong personality traits, while the other tends to be more docile or passive. In these situations, it may take longer for the “fuse” to ignite the powder keg, because a pattern has been established of one spouse dominating the other in moments of conflict, but the person being dominated is complicit in the whole affair because such is their default setting when it comes to matters of conflict. But make no mistake, even in situations such as these, a lack of healthy boundaries agreed on by both spouses will eventually cause the fuse to reach the gunpowder, even if it takes years. And then . . .

In our marriage, we’ve learned the hard way that how we handle conflict will determine the health and future of our marriage.

It is only by the intervention of a gracious God that we didn’t give up on our marriage during that terrible first year. We entered marriage woefully unprepared, but we slowly learned how to handle our emotions, how to confront one another in more loving and constructive ways, how to forgive, and, most importantly, how to trust God — even in those ugly moments when there weren’t enough “bleeps” to go around. If we had not allowed God to speak to us through the Scriptures and through his people, we don’t know where we would be today.