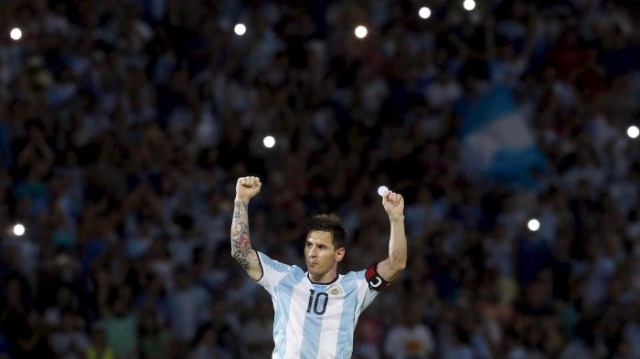 Lionel Messi has become just the second Argentina player in history to score 50 international goals after netting against Bolivia on Wednesday.

Messi, 28, struck in the 30th minute of the 2018 World Cup qualifier at the Estadio Mario Alberto Kempes to reach the half-century for the Albiceleste — a feat only ever achieved before by Gabriel Batistuta.

The Barcelona star, who has helped Argentina to World Cup and Copa America finals over the past two years, found his 50th goal in his 107th appearance for his national side.

Former Fiorentina and Roma man Batistuta finished up his international career with 54 goals in 78 games, meaning Messi is closing in on the all-time record — he now sits a clear fourth on the all-time caps list with 107 after overtaking Diego Simeone on Wednesday.

"I am happy with the six points, which was the objective at start of these two games," Messi told reporters after the match. "We tried to play more football, and this will help us to keep improving."

The match was played in Cordoba meant some extra travelling for the squad while the poor condition of the pitch had been a talking point in the build-up to the match. However, Messi insisted that the conditions were the same for both sides, and was grateful for the welcome from the crowd at the Estadio Mario Alberto Kempes. 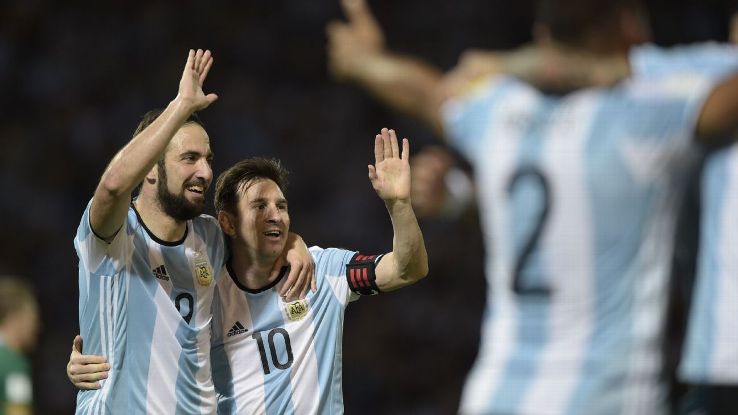 "The pitch was not great, we knew this was not going to be an excuse," he said. "At times we played well, [but others] we were tired and our rhythm dropped. But the game was won.

"We got a nice reception, the people showed us a lot of affection. It is not up to us if we play in Buenos Aires or in the interior. The important thing is we won. Then we go out to play wherever we are told to."

Messi now needs to find the back of the net just once more to reach 500 career goals for club and country, having scored 449 for Barca and 50 Argentina. He has made a total of 627 appearances to date — 520 of those coming in a Barca shirt and 107 in an Argentina jersey.

Messi's next opportunity to score his 500th career goal after the Bolivia clash comes on Saturday in La Liga when the Blaugrana host rivals Real Madrid in the Clasico. The club's record goal scorer said he feels in top condition heading into that clash.

He added: "I had not physical issues, and now is time to return to Barcelona to think about the Clasico, which will be a very big test.

"It would be a nice way to reach that number, against Real Madrid. The really nice thing would be to win the game and stretch the lead in the standings."