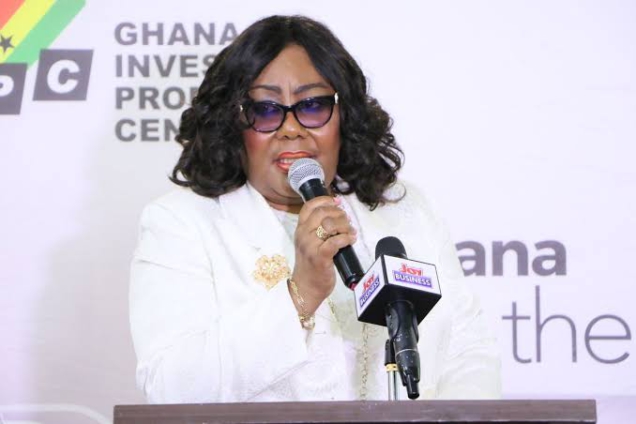 The Registrar General’s Department has so far paid 85% of the ¢1.2 billion bailout cash meant for investors of Liquidated Fund Management firms.

The total number of people or institutions that had invested in the defunct investment firms were 8,228. Registrar General, Jemima Oware, told Business on its new Social Media Show that investors who are pensioners have been paid all their investment funds.

“The total number of people paid so far is 8,228 in all. I’m talking of 7,380 individuals and 848 corporate bodies have been paid in full for Tier 1. And now, 5,515 claimants have received all their funds in Tier 2 and then nothing outstanding in Tier 2. So basically, you know we did also a partial bailout”, Mrs. Oware said.

Continuing, she said her outfit couldn’t pay the full investors funds of Black Shield Capital Management Company which is made up of about 80% of the defunct fund management firms “because we do not have a liquidation order, we couldn’t pay them the full money.”

“The bailout package is such that you are entitled to ¢70,000 cash or 20% of your investments whichever is higher. So all this partial bailout, once I get the liquidation order, they will get a balance of either ¢20,000 to make up the ¢70,000 or a higher figure to make it 20% of their investment – whichever is higher”, she pointed out.

“Now pensioners have gotten all their money. Finance houses and faith based institutions and schools got 50% of their money in cash and the rest in investments. But anybody [individual investor] under 60 years is what I said ¢70,000 cash or 20% of your investment, whichever is higher. Once you are a pensioner, you get everything. So, this is how it is now”, she added.

“So, as long as I don’t have liquidation orders, I cannot pay the top up. But we’ve done very well, I believe. Those who have signed up at least 25% have been paid, 15% are being retained and the rest are in investment.”

The Registrar General said the petition was to wind up 53 fund management companies, but her outfit ended up liquidating 43, adding “the court procedure has been laborious”.

“But we’ve gotten 38 orders to wind up 38 fund management companies and currently we have nine waiting – nine more orders – to get to the 47 companies”, she pointed out.

“We have held credit and class meetings for all the 38 and looking at it, we had a bailout package that the government put in place for all these fund management companies. So as at the 26th of June, 2021, we had total sign ups of ¢1.2 billion for the tier one.”