LUV FM’s obsession: Telling the theatre story in a city crazy about football 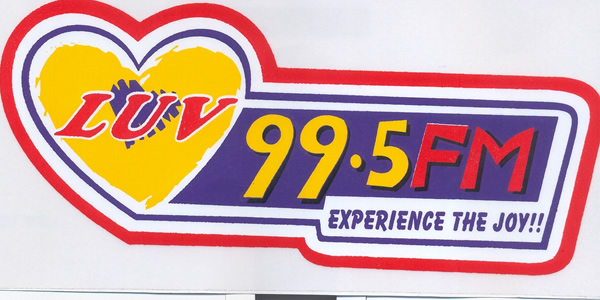 For many in the Garden City of Kumasi, football is a religion. They worship it with passion and with every fibre of their being.

In this football crazy Cathedral is a great ambition by LUV 99.5 FM, one of the Multimedia’s outstanding platforms, to grow a new craze in town – comedy and theatre.

While theatre and comedy are by no means substitute to the fun and satisfaction football brings to the people, the head of Events and Promotions at Luv FM, Nana Benyin Anumel says the station is bent on getting the fanatic Kumasi audience addicted to theatre.

It all started with the premiere of Uncle Ebo Whyte’s 'Unhappy Wives, Confused Husbands' and then Nii Commey's 'Romantic Nonsense' few years ago both of which served as a kinky foreplay to what was expected to be a major entertainment revolution in the Garden City.

Since then, the City has played host to a number of high and low profile comedy and theatre acts in a bid to get Kumasi fall in love with theatre.

The LUV FM dream, Nana Benyin shared, was not only to get Kumasi excited with theatre but to grow theatre productions in the city.

In what has become an obsession, LUV FM has treated its growing theatre fans to rounds of side-splitting comedy and theatre performances every quarter which have given birth to the formation of a local theatre production group Liezer Legacy.

On May 31, the City looks forward to the return of Nii Commey who will parade his hugely hilarious crew of the famous 'Anticlockwise' play which got many ribs cracking in Accra.

Nii Commey serenaded patrons with a dose of laughter whilst treating some of the most delicate issues of poverty, love, marriage, disappointments and an incredible determination to overcome all formidable odds.

'Anticlockwise' was everything gone haywire in a family, in a marriage and it was everything working together for good for they who trust in the Lord.

If the 'Anticlockwise' performance in Accra is anything to go by, then the Kumasi fans, who are more fanatic in nature, should be in for a laughter-induced-diarrhoea.

With no recognised theatre venues in the Garden City, the Golden Tulip Round Pavillion will host the hundreds of patrons in what will be yet another sensational performance.

Then on 28 June, 2014, the LUV FM comedy lane will be on, Nana Benyin assured. Five 'crazy' Nigerian comedians; Helen Paul, Lekpacious Bossey, Mc Abbey, Owen Gee and Funny Bone will try to outdo each other in a fast pace side splitting comedy performance that will keep the adrenalin going.

And with Uncle Ebo Whyte rounding off his latest classic, 'Games Men Play' in Accra, guess where the next destination will be?