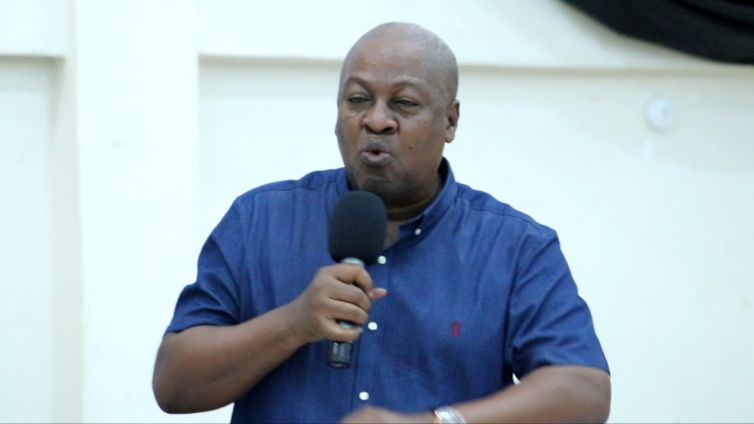 The 2020 National Democratic Congress (NDC)’s flagbearer for the 2020 election, John Dramani Mahama, will begin a tour of five regions on Tuesday, to thank Ghanaians for their support during the polls.

The third phase of his post-election nationwide ‘Thank You’ tour will take him to the Eastern, Western, Central, Volta and Oti regions.

He is expected to meet the regional executives, members, and supporters of the NDC and court their support towards victory in the election 2024.

The former President will also meet traditional and religious leaders, and engage the media.

Some high-ranking officials of the Party, including the 2020 Running Mate, Professor Jane Naana Opoku Agyemang are expected to accompany him during the tour.

The first phase of the tour took him and his Running Mate to the five regions in the north of the country.

It was followed by another tour to the Bono East, Bono, Ahafo, Western North and Ashanti regions of the country.