Mahama embarks on ‘Thank You’ tour in Western North Region 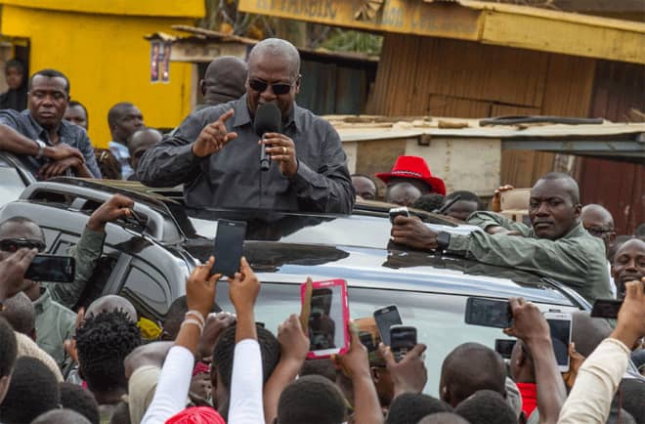 The 2020 Presidential Candidate for the National Democratic Congress (NDC), John Dramani Mahama on Friday embarked on a ‘Thank You’ tour to the Western North region.

The ‘Thank You’ tour is an opportunity for the former President to show appreciation to Ghanaians for their votes in the 2020 general elections.

Mr Mahama started his nationwide ‘Thank You’ tour in the Upper East Regional capital, Bolgatanga, continued to Walewale in the North East Region, Tamale as well as the Savannah and Upper West regions in the first phase of the tour.

During his tour, the former President held meetings with religious, traditional and opinion leaders, addressed regional and constituency executives as well as party faithful. He also interacted with the media.

The former President will visit the region to show his appreciation for the massive votes that the party received during the 2020 December polls.

Out of the nine constituencies in the region, the NDC won six seats.

The NDC has been dominating in the region with eight Members of Parliament until the party lost the Sefwi Akontombra and Wiawso seats to NPP in the 2016 and 2020 polls.

It is expected that the former President’s tour will boost the morale of supporters as they prepare for the 2024 general elections.