Mahama will engage NPP when he feels like it – Ayariga 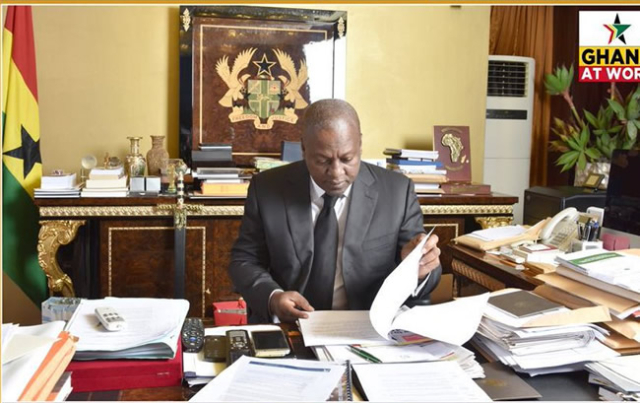 Environment Minister, Mahama Ayariga, has dismissed concerns by the incoming administration of the New Patriotic Party (NPP) that the outgoing president is taking rash decisions designed to tie the hands of the new government.

He has stressed that President John Mahama will not be cowered into restraining himself in the exercise of his powers even if he has 16 days to leave office.

The government has since last week, been fending off criticisms from the NPP that it has been acting in bad faith since it lost power in the December 7 polls.

After complaining about the dishing out of last-minute contracts, appointments into public and civil services, the NPP appears to have escalated its complaints as high profile appointments are made by the President.

Although the NPP has warned that it could review all last minute contracts and appointments, the President's latest appointments are not subject to review. The 1992 constitution guarantees security of tenure of the appointees.

President Mahama Tuesday swore in Joseph Akanjolenur Whittal as the new head of the Commission on Human Rights and Administrative Justice (CHRAJ) and Josephine Nkrumah to head the National Commission for Civic Education (NCCE).

With NPP warnings have failed, the party appears to have escalated its complaint. There is a court suit filed by a defeated NPP Parliamentary candidate Philip Addison who is challenging the President's exercise of his powers.

"No law violated, no constitution violated. It does not violate the Transition Act", the Environment Minister defended on Joy FM's Super Morning Show.

The NPP is peeved and believes that the decisions smack of bad faith because there was 'a gentleman's agreement' with the government that is will be consulted on some sensitive decisions.

“It is the view of the President-Elect’s team, that these appointments coming barely 24 Hours after the agreement and less than three weeks away from the inauguration of the incoming President is most disappointing and exhibits bad faith,” said a statement signed by Yaw Osafo Marfo, spokesperson for president-elect, Nana Akufo-Addo on the joint transition.

Mahama Ayariga disputes any such agreement was reached between the two transition teams. "You can't just go to a committee meeting and whittle down [the President's] power", he said.

The Bawku Central MP said he can only testify that at the meeting of the transition teams, 'there was an agreement to engage'.

He said he believes that these engagements are "in tiers". There are some areas where the President and his government will 'engage' and others it will not.

The decision to appoint the two heads falls in the category of those which do not merit any consultations, he stressed.

He explained that President Mahama is going according to the letter of the constitution and not the spirit.

Vice-President of IMANI Ghana, a think-tank, rejected Mahama Ayariga's claim that there was no agreement between the two teams to consult.

"I can say for a fact that there was an agreement between the parties to consult each other…I think that they have at least breached a gentleman's agreement".

He said while it is within the president's powers to appoint, the country is not run entirely on law but also on conventions.

"A simple phone call, could have done a lot", Kofi Bentil said.