Vice President, Dr Mahamudu Bawumia, will on Wednesday lead the Economic Management Team (EMT) for a formal engagement with a section of the Ghanaian public.

The maiden Town Hall Meeting is on the theme, ‘Our Progress, Our Status, Our Future,’ and forms part of a new initiative announced early on by the Information Ministry.

Spokesperson of the Vice President and a member of the EMT Secretariat, Dr Gideon Boako, has said the Town Hall Meeting will be a question-and-answer session that elicits the concerns of Ghanaians on key economic issues.

The meeting, which is expected to start at 10:00 am at the College of Physicians and Surgeons is also aimed at briefing Ghanaians on developments in Ghana. 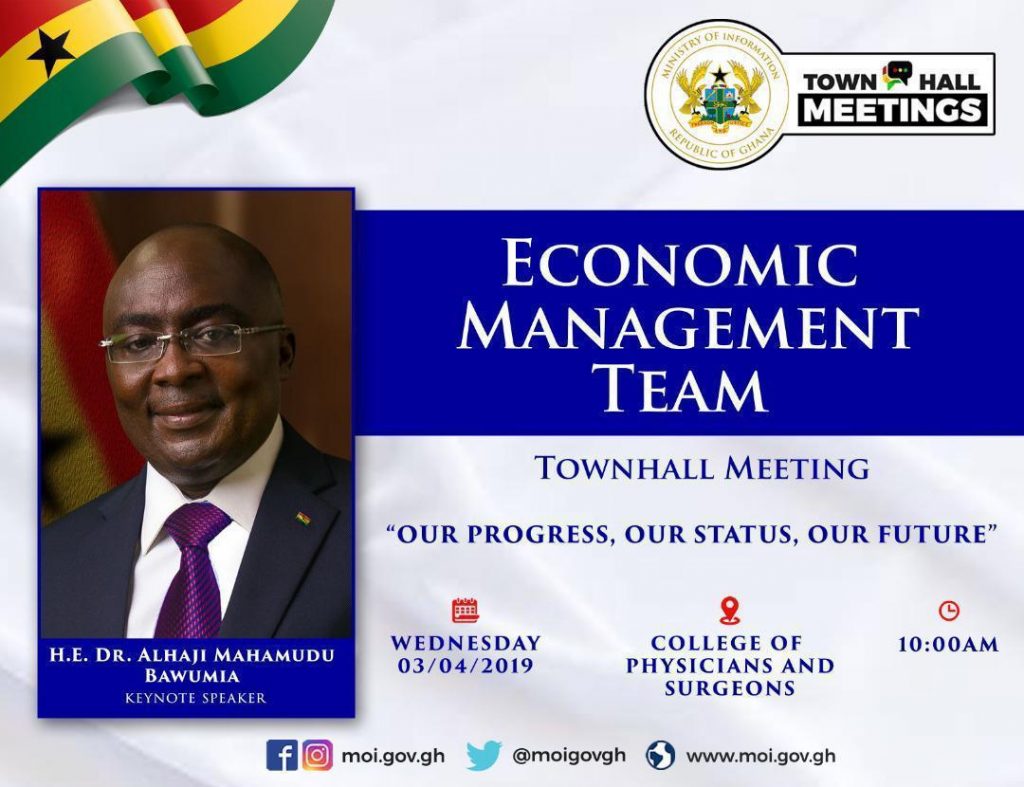 The cedi’s recent depreciation challenge is billed to be top on the topical issues at the meeting.

Ghanaian businesses have raised concerns about the health of the local currency which has depreciated against the dollar from GHS 4.9 to over GHS 5.5 since the turn of the year.

The recent power cuts that some experts have blamed on a financially-challenged sector will also feature prominently.

Ghana was recently classed among eleven countries labelled as at high risk of debt distress in Africa.

Ghana’s public debt stock as at the end of 2018 stood at GHS173.2 billion, according to the Summary of Economic and Financial data of the Bank of Ghana.

The EMT is likely to address concerns of the unrelenting yearly increase of public debt figures.

The EMT under the Nana Akufo-Addo led administration is composed of nine members and chaired by Dr Bawumia.