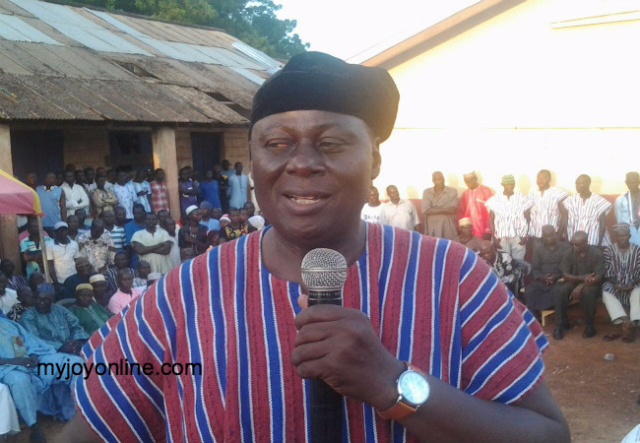 A former Minister says corruption in the country would thrive with a majority of President John Mahama’s Ministers having turned into contractors.

Prince Imoro Andani questioned whether the Ministers were appointed to work to help develop the country or to compete for contracts.

Addressing a gathering of supporters at a rally organised by the Member of Parliament (MP) for Tamale Central, he said: "your major constructors today are your ministers of state and I can say that for a fact.”

Mr Andani said even though the NDC touts itself as a government for the people of the North, recent experience of the failure to provide feeding grants to schools in the North leaves the government exposed.

”The President is my school mate and we were direct beneficiary of free education so what we expect from the son of this Region is that he must ensure that our brethren should also have the same opportunity,” he said.

He called on the people to look at their lives and if the NDC government is good for them, they should retain them.

He said the Zongo community is known for making of leather sandals and the NPP government will enhance this industry is fully developed.

Northern Regional Chairman, Daniel Bugri Nabu said even though the people of Zongo continue to vote for the NDC there has not been any changes in Zongo communities across the country.

He said the NDC can never bring change to the people of the Zongo community adding that the NPP has a leadership that represents the Zongo and can turn their fortunes around.

Mr Bugri Nabu said the NDC acknowledges the Zongo communities only when they want votes.