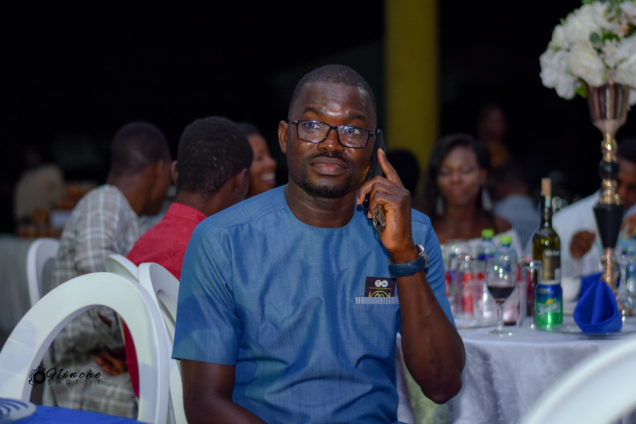 It must have been 1992 or 93 thereabout. I was in Junior High School. The night before, just after dinner, my uncle, Mbabila Mahama, came to see dad. His son, Mumuni, who lived in Koforidua had visited and was due to leave the next day.

As there was no means of transportation, his brother, Musah and I had to carry him on a bicycle to Kundugu. From there, my uncle’s friend, Donla, the richest man in all the villages around Wa East at the time – would pick senior Mumuni with his Yamaha motorbike to the next village, from where he would journey on foot or hitchhike a bicycle to Fumbisi and then proceed to Koforidua.

Mbabila Mahama, therefore, came to see dad to allow me to accompany
Musah and carry Senior Mumuni’s luggage on another bicycle.

Dad had no difficulty at all. He agreed.

‘Wunna kaate bio’ to wit, may God keep us tilltomorrow, he prayed.

I overheard the conversation and was so thrilled at the prospects of riding a bicycle for a considerably long distance – I didn’t sleep much that night – and the night was unusually long.

Getting a bicycle to ride was a rare opportunity. Only a few people owned a bicycle in my beloved Kpalworgu at the time.

The Phoenix (we called it fornix) was a prized possession. Those who owned one were highly regarded.

Amongst some in the Upper East, they call it Busanga Volvo. The Builsas call it Kpanjena Nyona (seller of guinea fowl eggs).

As recent as 1997, when my brother Abu Malik (now with GridCo) bought a Phoenix bicycle after leaving training college, it was a big deal. I would go to his house, give the bicycle a good bath and polish it with shea butter.

Ridiculous right? Well, it was a big deal for me. I enjoyed polishing the bars and mudguard and chain cover with cushion dipped in oil.

Anyway, the morning after Mbabila Mahama’s request to dad, Musah and I left Kpalworgu. He carried his brother Mumuni, I carried the luggage. We enjoyed racing on the sandy, rough road. We even stopped along the road to play with brave chimps crossing the road and showing us no respect.

We pedaled furiously and excitedly, sweated profusely but cared less.

After about an hour and a half of overtaking each other and enjoying it thoroughly, we got to the Kulpawn River – one of the major rivers in the northwestern part of Ghana. It was the raining season and as expected, the river was overflowing its banks.

Amongst the natives, the river takes its name from the nearest village – Kulung.

When we were growing up, the bank of the river was the largest and the most patronized market in the whole of Upper West.

Trucks came from Wa and stopped at the bank because there was no bridge over the river. Villagers around brought their wares and crossed with canoes.

They called it ‘Manuori Daa’, the riverside market.

On our journey on this day, there was no one operating the canoes moored by the riverside.

A passerby directed us to a nearby farm. He said the owners of one of the canoes worked there. There didn’t seem to be much luck. We found
only a woman and a small boy. The woman said the boy’s father wasn’t
available but seeing that we were stranded, she could allow the boy to go to the river and release the canoe to us if we could manoeuvre it ourselves.

My cousin Musah is one of the bravest young men you can find. He confidently announced that he knew how to pedal a canoe. I believed him.

Musah is a survivor. He was a cowboy when we were in school. He would bring his father’s cattle to school and leave them to graze, and while in class he would keep an eye on the animals – when they are straying too far, he would go and bring them closer.

The school was not a building so he could monitor his animals whilst in class. These conditions toughened him; so when he said he could man the canoe, I believed him.

We walked back to the riverside with the little boy. We had agreed that Musah would take me and the bicycles across and come back to pick his brother, Mumuni and the little boy, so that the boy would take the boat back.

We loaded the two bikes on the boat. I took a seat literally holding my heart in my hands. Musah took the pedal. The boy loosened the mooring rope.

The first few minutes were uneventful but that didn’t last long. In the middle of the river, the current overpowered Musah and turned the boat south!

As Musah tried frantically to regain control, the boat picked up speed heading in the wrong direction. My mind and heart raced faster than the boat.

I countered all the bodies that had been retrieved from the river a few weeks earlier. They had drowned. Was I destined to the same fate? What will my mum do? How is this going to end?

I was suddenly in a trance. I was jolted by a splatter of water. Musah had dived from the boat, the mooring rope stuck between his teeth and started swimming.

Even now, I still get chills writing about it. Musah, a good swimmer, I was useless as a stone when dropped in water! He swam to the shore and grabbed some shrubs for support. He tied the boat and asked for a cutlass on one of the bicycles with which he cleared a path for me to take the bicycles out. Alone, he pedalled smoothly to the other side.

The little boy took charge with Musah and Snr Mumuni on board and proved such a skillful master. He brought them safely and left.

When we got back to the village, dad was home.

Something was not right – this man doesn’t normally come home this early. Are you ok, he asked. I said yes, I was fine. He didn’t believe me.

He looked at me intently, searching for a clue. In my father’s generation, showing affection to your child was unheard of – he may have hugged me.

When I didn’t say anything, he said while on the farm, he went into a trance and felt something terrible had happened to me.

He tried in vain to keep the thoughts out of his mind so he came home,
anxiously waiting to see me.

On July 23 this year, I drove over the Kulpawn (Kulung) River, thanks to a
temporary bridge constructed by a Dutch firm, Munck.

I went home to register with the Electoral Commission (EC) and decided to use the western route to Sandema.

I found out that in the course of the 2016 election campaign, a member of now Vice-president Dr Mahamudu Bawumia’s campaign team run into the river and suffered a minor accident.

After examining the scene, the then vice-presidential candidate said “If Insha Allah, we win, we will construct a bridge over this river.”

In fulfilment of that promise, the government awarded a contract to Munck
Civil Engineering to build a bridge over the river.

The company built a temporary metal bridge while massive beams are being erected for the bridge itself.

In order for the people to draw the real benefits from the project, the company has been paid to build another bridge over another river, Ambalaara. Both projects are progressing steadily.

The villagers testified to the economic potential of being able to move their goods to Wa or Fumbisi in the Upper East.

For the people living in this part of Wa East, these projects are the most
beneficial interventions designed to improve their livelihoods almost
immediately.

A Ghana Education Service staff, Timothy N-beenaba, says the
access to market centres that the bridges will create will be the most
remarkable intervention by any government as far as the people living in these seemingly forgotten parts of the country are concerned.

He said throughout Secondary School in the ‘80s, he spent his holidays on the farm with his father.

“Unfortunately, we made very little from all the sweat because there was no
market to sell our produce. A lot of what we produced rotted away on the
farm. It is gratifying that we have lived to see this day.”

Many in the communities were full of praise for the Vice President.

They didn’t believe it when he promised in 2016 that the river would be bridged if his party won the election. One cannot blame them. Previous promises had all gone unfulfilled.

Mr. N-beenaba said one could not begrudge the people for being
cynical about political promises because a bridge construction project started near his Kunyebing village in 2006 has since been abandoned.

It has indeed become a death trap!

But Vice-President Bawumia is fulfilling his promise to them. Now they are
seeing increasing number of vehicles using the road through their villages to access other parts of the country.

With this increasing traffic will come opportunities for enhanced commerce and other benefits.

They never imagined that this day would come in their lifetime. It has! Thanks to a Vice-President who kept his word to them.

But as Oliver Twist, the attention of the people has started shifting to one of
the most frustrating deprivations they have endured for years – mobile
network connectivity.

When the tens of thousands of people living in these parts are not complaining about the transportation network, they complain about the telecommunication network.

With no access to any network, they are, therefore, cut off from the rest of the world.

Mr. Nbeenaba said the full benefits of the bridges would not be realised unless they are linked to the provision of mobile telephony thereby connecting the area to other parts of the country and the world at large.

They can better commute but they cannot communicate. They have a bridge but when the people wake up in the morning they still feel cut off.