The Food and Drugs Authority (FDA) has arrested a woman popular on social media for her vaginal care products and sexual enhancers.

Mama Gee’s products, some of which are herbal formulations, are alleged to be effective at giving women who use them the ability to amplify the sexual experience of their partners.

Known in real life as Elizabeth Torgbor, Mama Gee’s products have been paraded by some as the answer for women who want to obtain financial and other favours from men they go to bed with. 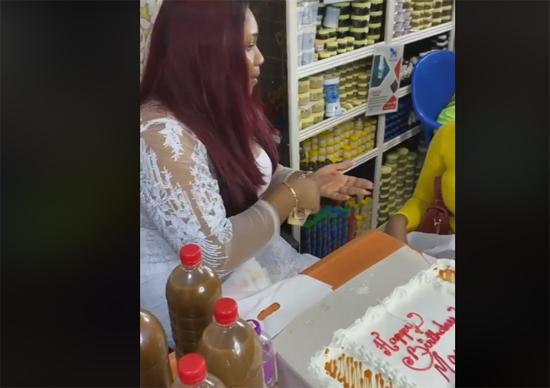 Photo: This image captured from a video shows Mama Gee giving directions to some of her predominantly female clients at her shop.

A statement signed and issued in Accra by the Chief Executive of the FDA, Mrs Delese A. A. Darko on Wednesday, July 10 said Mama Gee was arrested with the assistance of personnel from the Criminal Investigations Department (CID) at her shop in Madina near Rawlings Park.

“The FDA wishes to advise the general public not to patronise such products from Mama Gee since it has not been approved by the Authority and the claims cannot be substantiated,” the statement said. 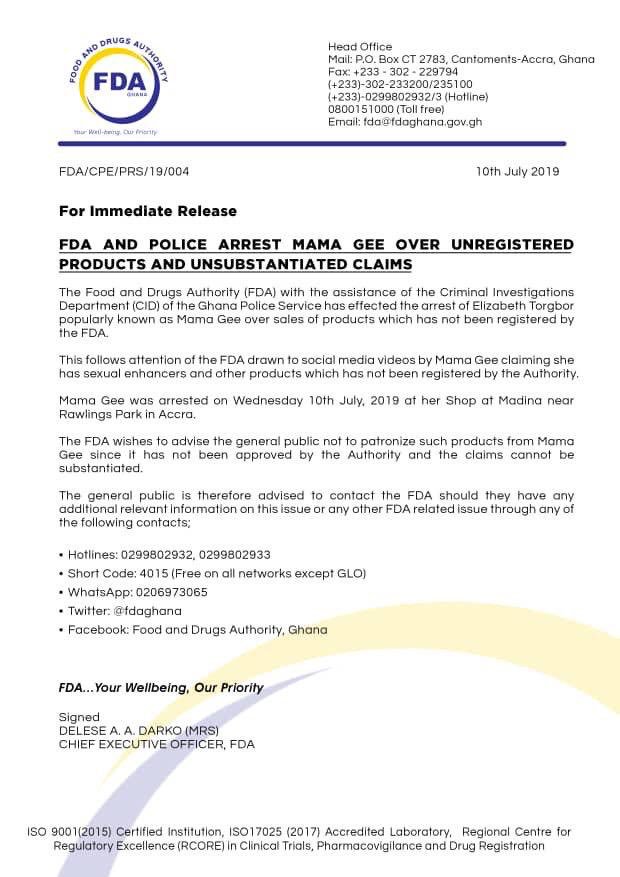