Man cuts off son’s ear, burns his fingers for stealing ¢250 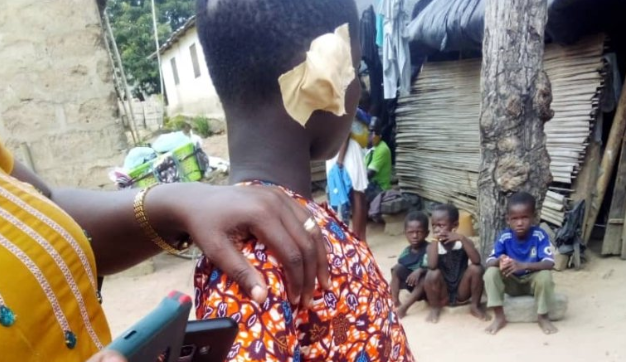 Fifty-five-year old Osmanu Mumuni has been arrested by the Weija Divisional DOVVSU for physically abusing his 10 year old son.

On May 17, 2020, at 10 am the police received a report from the mother of the child that the day before, her ex-husband Osman Mumuni whom the boy stays with, cut off part of the right ear of her son with a blade and also placed his fingers in an open fire after suspecting him of stealing ¢250.00.

The incident occurred at at Obuom-Domeabra.

The victim who was going through severe pains at the time of the report and with marks of assault all over his body was sent to the Amanfro Poly Clinic where he was treated and discharged.

He has been handed over to his mother as investigations and further prosecution continues.

The suspect Mumuni Osmanu who is in police custody confessed to the crime but claimed the victim is disobedient.

The police have advised parents, guardians and child care givers not to mete out violence on their children for wrongdoings, especially now that they are at home, “as the harm that is usually caused leaves lasting effects on them; physically, psychologically, mentally, emotionally, and a wide range of effects and these effects can be very devastating.”

Meanwhile, Osmanu is being processed for court for the law to take its course.