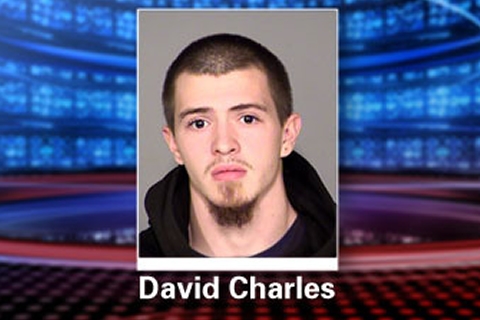 This was not was your typical undercover sting.

For starters, it was happening at an Indiana Dairy Queen. And the target was brains. Yeah, a brain bandit.

The arrest last month of a 21-year-old suspect uncovered, police say, a macabre scheme to steal the brains of dead mental patients and sell them online. The suspect was peddling some 60 brains. And yes, amazingly there were customers. The arrest in this case also unearthed a few questions. We will try and answer them.

Where did the suspect get 60 brains?

Suspect David Charles allegedly stole more than 60 jars of brain and other human tissues in October from a warehouse space at theIndiana Medical History Museum, the Marion County prosecutor's office said in court papers Thursday. He is accused of breaking into the museum and taking jars of brains and tissue from autopsies performed on patients in the 1890s. Court documents said some jars were sold on the auction site eBay by a middleman, despite a company policy against listing "humans, the human body, or any human body parts or products."

Attempts to reach Charles by CNN on Thursday were unsuccessful. He declined to comment outside his Indianapolis home when approached by CNN affiliate WXIN.

What do you do with 60 brains?

The man suspected the jars were stolen when he compared them to others on the museum website.

Charles was arrested December 16 after authorities organized an undercover sting. He was charged with felony theft and other charges.

He is to appear at an Indianapolis court this month in connection with the alleged theft of dozens of jars of preserved human brain tissue valued at about $4,800.

Is it common to purchase brains on eBay?

In the universe of bizarre items that Internet users sell on eBay, human organs are forbidden. To buy or sell them is a felony under federal law, and trading in illegal goods is a violation of eBay's rules.

"Apparently that's a trend that's building — the macabre, the oddities," Nottage said. "The television reality show 'Oddities' illustrates that very well. I think it's indicative of people's collecting interests. It's definitely bizarre. It's infuriating that they do not have respect for the human remains."