Manchester United will face FC Rostov at the last-16 stage of the Europa League.

Jose Mourinho’s United progressed in the competition after a 4-0 win over French side Saint-Etienne, but will be without centre-back Eric Bailly for the first leg of the tie against Rostov after the defender’s red card on Thursday.

United are the only remaining Premier League representative in the competition following Tottenham Hotspur’s 3-2 aggregate defeat to Belgian side Gent.

But a trip to Russia will not be good news for the Premier League side, with Mourinho having already complained about fixture congestion ahead of the draw.

In other highlights of Friday's draw, Lyon and Roma were paired up, while there was an all-German clash when Schalke were drawn agianst Borussia Monchengladbach. 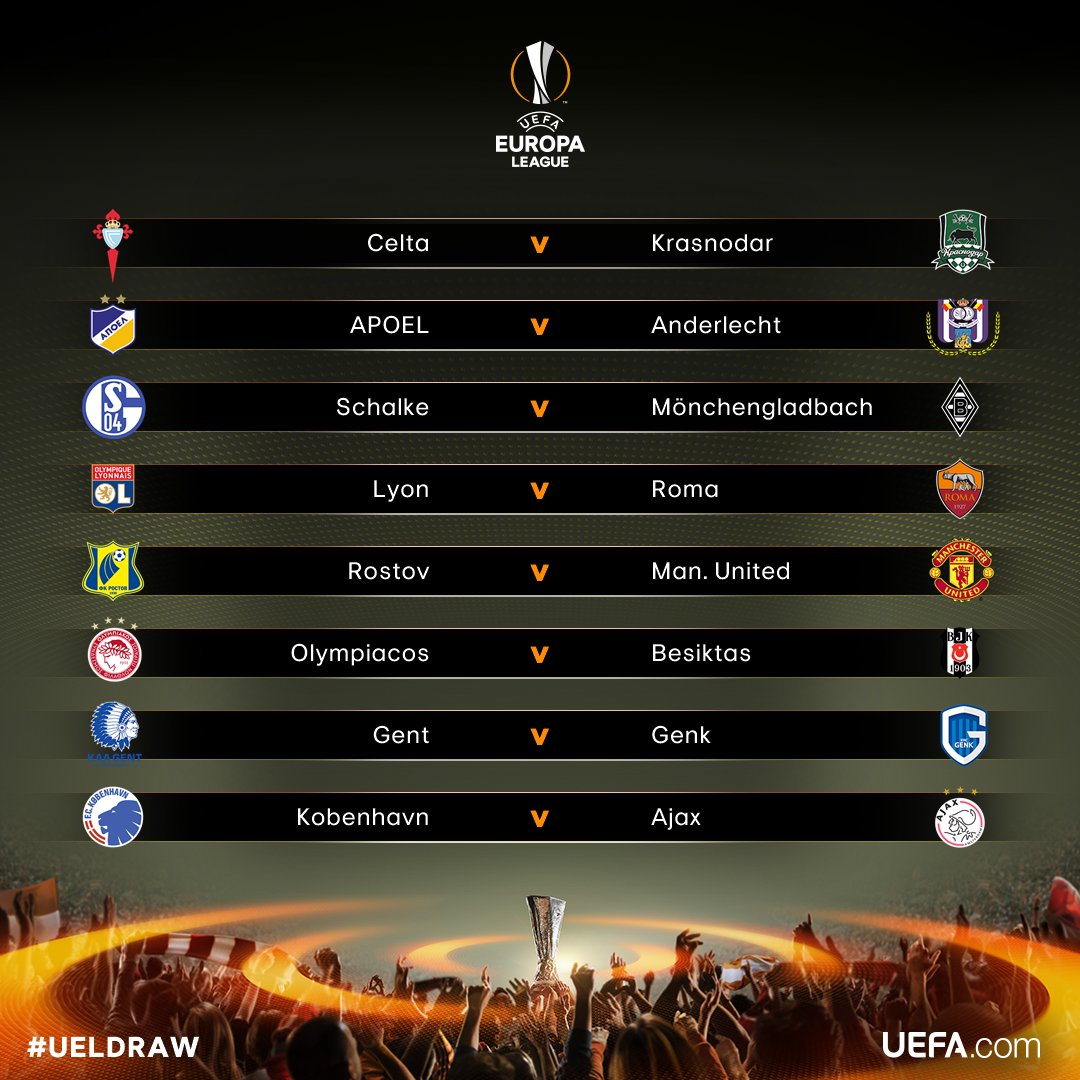