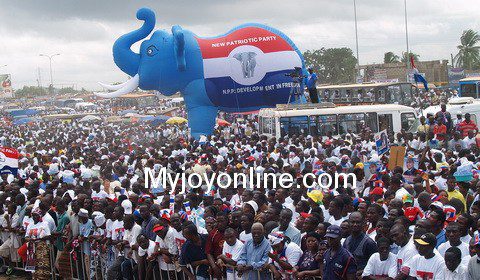 New Patriotic Party executives in the Manhyia North constituency of the Ashanti region have rejected an order by the party’s National Elections Committee to re-run elections there.

They describe the directive as illegal, insisting the committee does not have the power to issue such an order.

The committee on Wednesday directed that fresh elections be conducted at polling station, electoral area and at constituency levels in Okaikoi North and South, Krowor (Greater Accra), Juaben, Manhyia North and Kumawu (Asahnti).

The committee claims laid-down procedures and rules were breached in the earlier elections.

“The National Elections Committee, having heard the petitioners and respondents case, has come to the conclusion that laid down procedures were not followed”.

But NPP Manhyia North Secretary, Felix Ibrahim tells Joy News the committee never queried them in their investigations into the matter before arriving at the decision.

He was firm they will disregard the directive.

“It is unconstitutional and we will not tolerate that from the committee…they should come again,” he maintained, stressing “nobody can come and tell us to rerun the election” that has been accepted by the regional executives.

But Catherine Afeku, who is a member of the committee, though told Joy News the committee has “heard snippet [of the rejection] on and off from the media”, she appealed to the affected areas to remain calm.

She said it was unhealthy for them to banter in the media because the issues involved are internal party matters.

“We are working within rules and regulations of the party,” she insisted.

She said the interest of the committee is ensuring that it attains a win-win situation for all.