Marriage is a cage; don’t rush into it – Singer Brother Sammy 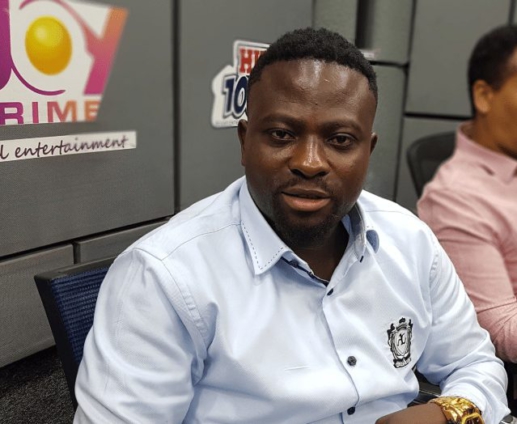 According to him, marriage is a complex enterprise, and therefore the need for prospective entrants to take their time and make good judgments.

Speaking in an interview with Roselyn Felli on Prime Morning, the singer described marriage as a ‘cage’, which has posed a lot of problems for many people.

Admonishing the public, he added that he would even prefer child birth to getting married.

“Marriage has killed many people. As for me I love children more than marriage. Giving birth is better than getting married. Because if you fall ill today, your child will be by your side. But your spouse can neglect you in times of illness and go for another partner”, he said on Wednesday.

Buttressing his point, he narrated an incident where a man whose wife was in labour, reportedly ignored calls to attend to the woman, with the excuse of polishing his gold neck chains.

This he noted, is part of some of the bizarre occurrences in marriage; reason for which people should be discerning in choosing a life partner.

The advice from the gospel artsite comes at a time when social media has been awash with disturbing accounts of broken unions and failed marital episodes.

Not long ago, Brother Sammy himself was in the thick of such narratives, when rumors circulated about his his alleged infidelity, leading to his divorce with his wife, Mrs Perpetual Opoku.

The singer however, debunked the allegations, and dismissed it as deliberate attempts to stir confusion in his home.

After emerging on the scene about a decade ago, Brother Sammy, as he is affectionately called is now known for his soul-stirring Twi tunes; which always endears him to his audience.

The Kumasi-based singer was mentored by the late Prophet Seth Frimpong, who assisted him on his path to stardom in Ghana.

In the budding stages of his career, he also worked with other notable names in the local gospel industry like Ernest Opoku and Oware Junior.

DISCLAIMER: The Views, Comments, Opinions, Contributions and Statements made by Readers and Contributors on this platform do not necessarily represent the views or policy of Multimedia Group Limited.
Tags:
Brother Sammy
Love
Marriage
Prime Morning
Relationship
Roselyn Felli