Mass drug administration for onchocerciasis to begin next Monday 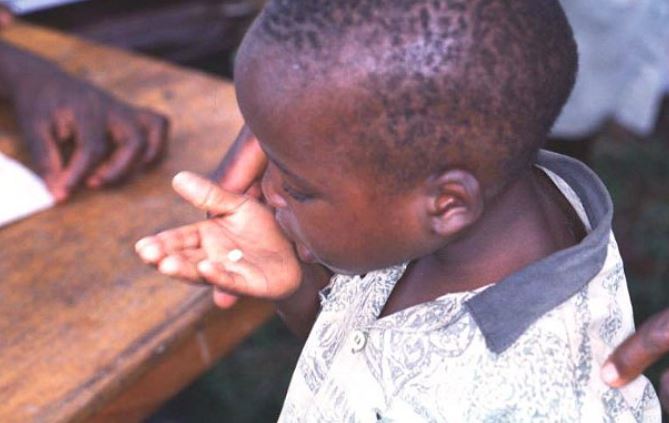 The Neglected Tropical Diseases (NTDs) Programme of the Ghana Health Service (GHS) will from August 23 to September 6, 2021, begin a Mass Drug Administration (MDA) for onchocerciasis in endemic regions in the country.

The exercise will be carried out in 66 districts across 13 regions as part of efforts to eliminate onchocerciasis from Ghana.

Children less than five years old, pregnant mothers, and seriously ill inhabitants in some endemic districts will be exempted from the exercise.

In Ghana, MDA is done twice in a year to ensure that every eligible person living in a defined geographical area, regardless of whether or not they are infected receives a single dose of the ivermectin drug.

The ivermectin medication have been used to control onchocerciasis and currently, it is being used to ensure the elimination of the disease from those infected and uninfected.

The GHS has indicated that the MDA, which has been implemented over several years, can significantly control and eliminate the burden of onchocerciasis.

Currently, 137 districts remain endemic for onchocerciasis in Ghana and the Ashanti region has the highest number of endemic districts.

Onchocerciasis is an infection caused by a parasitic worm called Onchocerca volvulus. It spreads by the bite of an infected blackfly known scientifically as Simulium.

It is also called river blindness because the blackfly that transmits the infection breeds in rapidly flowing rivers and streams and bites people living in settlements nearby and causes them to go blind.

Persons with heavy infections as a result of repeated bites by infected blackflies usually develop conditions such as unrelenting itching, unsightly skin disease, nodules under the skin, or eye disease which results in severe visual impairment and blindness.

The control of onchocerciasis in Ghana has been very successful, with an average high infection level of 69.13 percent in 1975, decreasing significantly to a very low level of 0.72 percent in 2015.

The most at risk of onchocerciasis are people who live or work near rapidly flowing streams or rivers where there are Simulium blackfly breeding sites.