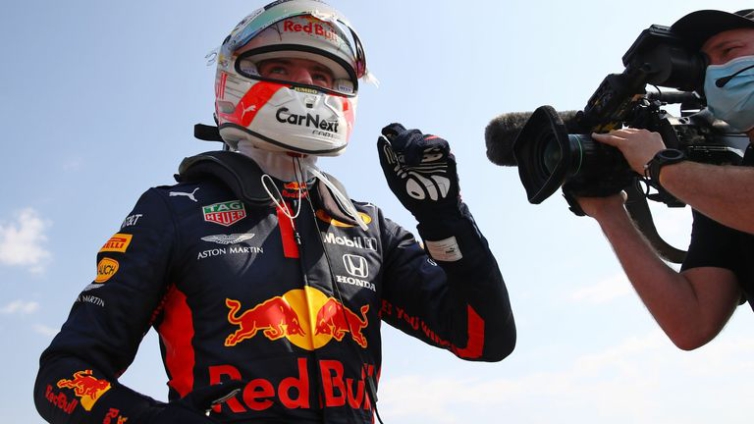 Verstappen’s win was founded on his car being kinder to its tyres than the Mercedes of Lewis Hamilton and Valtteri Bottas and the Dutchman capitalised brilliantly.

Hamilton fought back from early struggles to catch and pass Bottas for second place with two laps to go.

Ferrari’s Charles Leclerc was outstanding in taking fourth on a one-stop strategy.

It was an unexpectedly thrilling race, a fitting testament to the occasion as F1 celebrated 70 years since the F1 championship started at Silverstone in 1950.

Verstappen’s victory was a major upset and it was helped by a decision to use the hard tyres for the start of the race.

But the fact was that their car was simply faster than the Mercedes for the first time this season in the specific conditions created by the deliberate supply of a soft tyre range on a warm day around one of the most demanding tracks on the calendar.