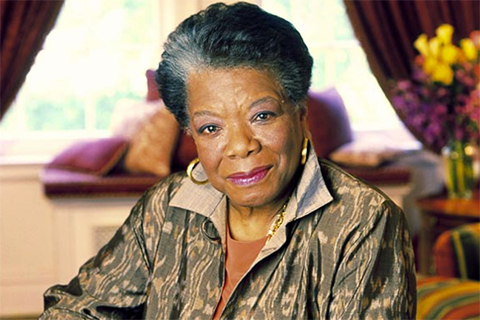 The family, friends and famous admirers of US author and activist Maya Angelou have held a private memorial service in her honour in North Carolina.

Mrs Obama said her words sustained her through life, carrying "a little black girl from the South Side of Chicago all the way to the White House".

Mr Clinton praised Angelou for her belief in dignity, love and kindness, and spoke of a time in Angelou's childhood when "she could not speak". 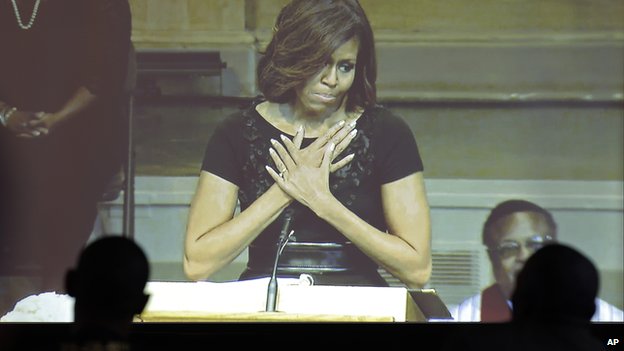 Mrs Obama said Angelou's words sustained her throughout her life

"And then she developed the greatest voice on the planet," he said. "God loaned her His voice. She had the voice of God, and He decided he wanted it back for a while."

Angelou wrote the poem On the Pulse of Morning and read it at Mr Clinton's first presidential inauguration in 1993. 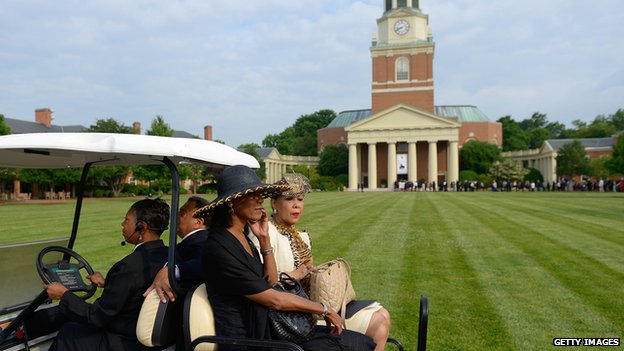 The service was held at Wake Forest University's chapel in Winston-Salem, where Angelou taught for three decades.

The family has asked the public to make donations to the Maya Angelou Center for Health Equity in lieu of bringing flowers to the campus.

Angelou wrote more than 30 books including her famous memoir, I Know Why the Caged Bird Sings, which charted a childhood of oppression and abuse in the Deep South in the 1930s.