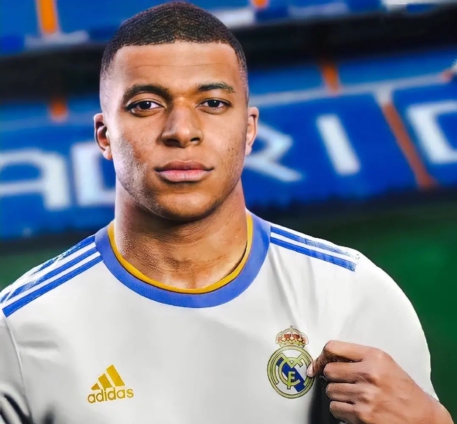 Kylian Mbappe has gotten Twitter fired up about his yet to be confirmed role in Real Madrid.

On Monday, unconfirmed reports made the rounds of Mbappe leaving Paris Saint-Germain (PSG) and joining Los Blancos during the summer as a free agent.

Reports say that the French striker will earn around £41m annually. Other users state a higher salary for the player.

So far, PSG, Real Madrid or the player in contention have made no official statement confirming the rumours.

According to Bild, Mbappè has reached an agreement with Real Madrid for 50m€ per year that would make him highest paid in the world!

Ego between the clubs made PSG to ignore over £150m from Real Madrid last summer & allow Mbappe to sign for them for FREE.

Omo, a whole Mbappe, leader of the youngsters in Europe will be going as a FREE agent to Madrid.

BIGGEST DEAL EVER IN WORLD FOOTBALL.

If it’s meant to be, it will be 🍀 pic.twitter.com/xnaEXPbGD9

Amidst these speculations, Real Madrid fans are excited about Mbappe’s move.

They are anticipating the creation of a powerful trio to bring down the tower of contenders. The trio comprises Vinicius, Benzema and Mbappe.

Fans have clad the player in the team’s jersey to show their enthusiasm.

Vinicius + Benzema + Mbappe???
😂😂😂
What a good time to be a Los Blancos#HalaMadrid #mbappe pic.twitter.com/mNJVXLqhOm

I hope this is how we announce Mbappe. pic.twitter.com/uhbiLfdQt5

An entire thread of my Mbappe edits. 👇

You could tell that I was obsessed with this man pic.twitter.com/feIE9mYFtb

In October 2021, the BBC reported that Mbappe “asked to leave” Paris St-Germain amid interest from Real Madrid in the summer, but insisted he remains happy in the French capital.

“I wanted the club to have a fee for a quality replacement,” said Mbappe.

“I said it early enough so that the club could react. I wanted everyone to come out of this stronger, that we leave hand in hand,” he added.