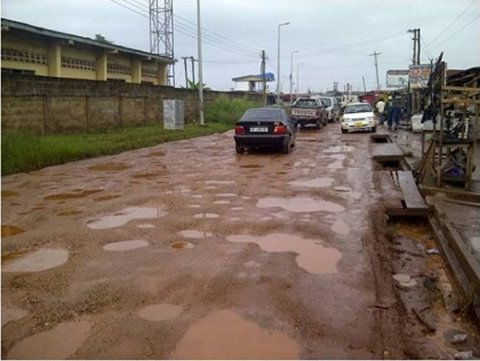 The Amrahia Katamanso road has been under construction for nearly four years but still remains in an appalling condition.

The Municipal Chief Executive for the Adenta Municipality, Alexander Nii Noi Adumuah, said on Joy FM’s Super Morning Show that there have been “limitations” in efforts to complete the road, including the lack of money.

He explained that contractors are not receiving adequate funds to enable them to complete the road projects.

He added that contractors are “working with a deficit as three-fourths of roads haven’t been done in Adenta”, also slowing down the pace at which the Amrahia Katamanso road is being constructed.

Meanwhile, the Deputy Finance Minister has said adequate funds have been disbursed to contractors as of last week to enable stalled road projects to resume.

Mr Adumuah on the Super Morning Show could not disclose whether or not Davem Construction, the contractor for the Amrahia Katamanso road, has received any funds.

Mr. Adumuah added that a “certain stretch along one of the estates has been done, filled properly and completed to the satisfaction of the people”.

However, residents of the area disagree with this claim and are in constant aggravation by the state of the road.

Many residents say they do not have an alternative route to use.

The MCE consoled the residents saying the road will be completed “soon”, but added, however, that he cannot “put a definition on the word soon”.