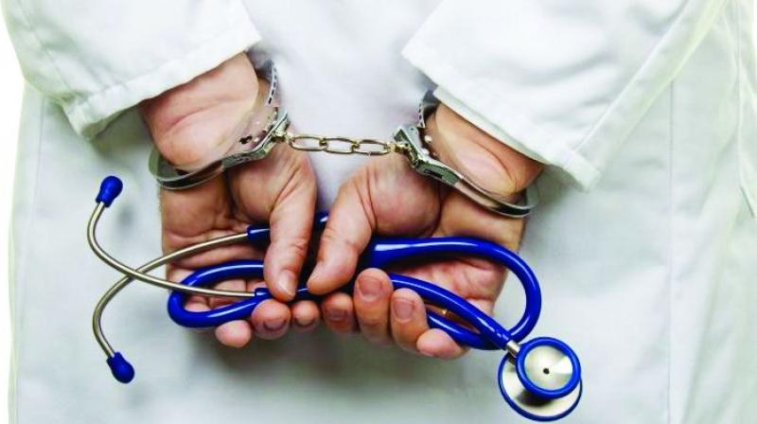 The Medical and Dental Council (MDC), with assistance from the Police, has arrested 18 quack and one unregistered medical practitioner between January and July 2021.

The 18 include 12 fake dentists and six quack doctors who have practised the medical profession without any training for years.

Dr Divine N. Banyubala, Acting Registrar of the MDC, told journalists in Accra that the Council, during its routine investigations closed down seven health facilities where the suspects were operating from, in the Greater Accra, Ahafo, and Central Regions.

“We have been conducting routine quality assurance monitoring exercises aimed at ascertaining, among others, the registration status of practitioners and the standard of practice in various institutions across the country,” he said.

Dr Banyubala said all the 12 quack dentists who were operating in East Legon and Asylum Down in Accra, were working in the name of Laser Smile Teeth Whitening Center.

He revealed that the quacks were arrested based on complaints from patients and practitioners.

Dr Banyubala said the investigation revealed that all 12 fake dentists did not possess the technical competence and the requisite license to practice lawfully.

Dr. Banyubala said one Mr Osei Bonsu Hayford, a quack doctor at the O. B. Saviour Clinic at Koraso, a suburb of Dormaa Ahenkro, was arrested for practising medicine illegally.

He added that Mr. Daniel Adjei at the Ohenewaa Memorial Clinic, located just beside the District Police Headquarters in the Dormaa Ahenkro township, was arrested because he was found not to be a qualified medical practitioner.

After his arrest, he claimed to be a registered general nurse but could not produce his PIN issued by the Nursing and Midwifery Council, to the team.

An unregistered doctor, Dr K. Obeng who is a qualified doctor was arrested for working without a valid license from the MDC and soliciting clients for medical consultation in cosmetic surgery at a hotel in Accra.

Quack Doctor Samuel Lanquaye Snr, was arrested for practising illegally with forged certificates from the Ghana Health Service and the Ministry of Health.

His daughter, Albertha Lamiorkor, was also arrested for practising medicine illegally at Assin Adadientem number two, in the Central Region.

Dr. Banyubala said Albertha was arrested while in the process of attending to a number of patients including a member of the investigations team at a health centre in the community.

When interrogated, she claimed to be working under the tutelage of her father, who had been the medical practitioner in charge of the facility for the past 36 years, in order to gain practical experience before enrolling into the nursing training college.

One Prince Tutu, a quack doctor at St Kyeade Clinic, Dormaa-Babianiha, who is neither a trained medical professional nor licensed to lawfully practise medicine or dentistry in Ghana, was arrested for possessing a forged Medical and Dental Council permanent license for Physician Assistants, which suggests that he had been registered with the Council to practice medicine since February 19, 2014.

He also forged a document purported to be a certificate from the Shenyang Medical College in China, suggesting that he graduated from the said university in March 2018, with a Bachelor of Medicine and Bachelor of Surgery degrees.

The Acting Registrar said he also forged documents purporting to be a laboratory technician.

He further forged the Ministry of Health and the Ghana Health Service receipts suggesting he had paid his permanent registration fee for the year 2020 and retention fees for the year 2021.

Dr. Banyubala said Mr. Paul Amoanoo, a self-styled doctor and owner of Royal Medi-Herb Clinic at  Ashaiman Zenu Atadeka was arrested after a woman identified as Madam Lucky Teiko Nyinaku bled to death after delivering a baby boy in the facility.