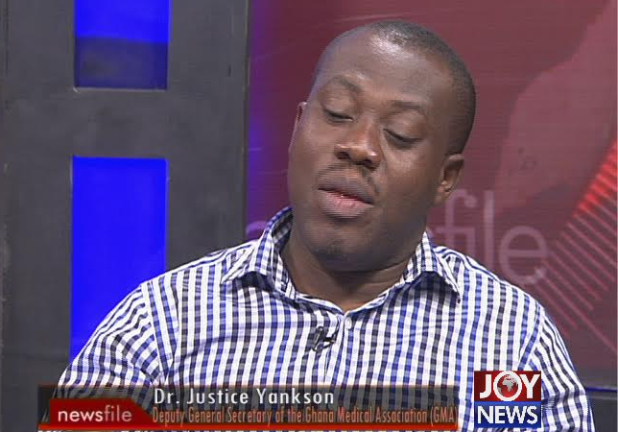 President of the Ghana Medical Association (GMA) has said the infamous ‘no-bed syndrome’ that continues to claim lives can be solved when the emergency medical services at hospitals are expanded.

Dr Justice Yankson believes at the heart of the problem where patients in need of emergency care are turned away because there are no beds to admit them reflects the poor emergency care system at hospitals across the country.

“Most of the hospitals in Ghana, except maybe the bigger ones, don’t have what we can truly describe as a functional emergency room. They are all improvised arrangements that most health facilities are using,” the GMA president said Wednesday.

Dr Yankson’s comments on Joy FM’s Super Morning Show follow the death of the Manageress for the University of Cape Coast (UCC) branch of ADB Bank after the Cape Coast Teaching Hospital (CCTH) reportedly refused to admit her due to a lack of beds.

Jane Hammond was initially taken to the Doctors in Service Clinic (DIS) at Cape Coast on Monday morning but was referred to the CCTH for treatment.

Speaking on behalf of the CCTH, Freddie Ankah said, “the hospital received a call from a facility that they were bringing in a patient and the in-charge at the A&E [Accidents and Emergencies] told the person to hold on because we have had accident cases and the A&E was full and so they should hold on and contain the situation while we try and prepare a space for the patient.”

However, the nurses from DIS proceeded to take the patient to the CCTH anyway, and upon arrival, were turned away.

Last year, the death a 70-year-old man after he was also allegedly turned away by as many as seven major health facilities in Accra sparked outrage and forced health authorities to review the triage system across the country.

Commenting on the review that the Ghana Health Service instituted last year, Dr Yankson told the host of the Super Morning Show, Kojo Yankson that the review was not comprehensive enough.

“When this thing happened the last time, a series of measures were taken, but they were generally temporary measures to help contain an existing situation.

“Even though we might have heard so much in the media, we still have incidents of no-bed happening because the few emergency rooms we have not really be expanded, they have not really been given that support in terms of equipment and tools to work with and then the personnel,” he said.

He mentions that for instance that there are not enough emergency physicians for the health sector.

“The closest we came was to just touch it up; we were going to be exposed at some point,” he said.