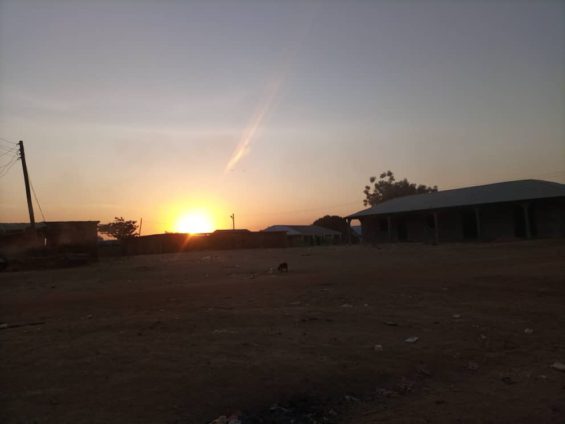 Let me tell you a story I heard recently.

There was once a young man named James. James was a proper Ebusua Krakye – smartest man in the village. Tall, handsome, always dressed in white, always carrying a book or some other reading material. He had the highest qualifications and spoke the best English.

Every now and then, someone would die in the village, and all the villagers would gather together to give the departed a fitting burial. The young men would dig the grave, and bury the dead, while the women pounded fufu and made aromatic soup with deer from the forest and tilapia from the river, the old men would brew fresh palm wine and gather all the calabashes from the nearby compound houses, so everyone could have a taste. While all this was happening, young James would come out of his room, unfold a chair under the big mango tree, sit down, cross his legs and read his newspaper.

When the food was ready, he would help himself, return to the tree, and eat with one hand while turning the newspaper pages on the table with his other hand. When he was done, he would fold up his chair and head back to his room. This happened without fail, every time someone died. While the villagers dug and brewed and cooked, James would sit and read and eat. As always, after he sucked the marrow out of the venison bones and licked the fish skeleton clean, James would retire to his room.

Then one day, James’ father died. It was a sad day. As usual, James emerged from his room with his newspaper, and made a beeline for the mango tree. To his great surprise, the place he usually occupied was full. Everyone in the village was sitting there. Every single one of them. They all had their legs crossed, and they were all reading something – newspapers, books, the Bible… James even spotted a dictionary. Even Awuku, the fisherman, who James knew had never set foot in a classroom in his entire life, was busily reading an old issue of Agoo magazine. The fact that it was upside-down did nothing to take the edge off his razor-sharp concentration, as he perused its contents as if he would be required to write an exam on it later.

It didn’t take long for the reality of the situation to dawn on James. The village was giving him back exactly what he had been giving them all these years. He was going to have to dig, cook and brew on his own to bury his dad.

My dear friend, I think the lesson here is a straightforward one, but also a very important one: some call it karma, some call it fate, kismet, luck, fortune, providence… whatever name you may have for it, the principle is the same: the laws of physics are at work all around us. Whatever you put into the universe comes back to you. So what are you putting out there? What is your contribution to making the world go round?

In your homes, in your workplaces, in your places of worship, in your communities, in your nation, you are a part of a living breathing organism of intertwined human beings who share a common goal. They call it a team. And your role – in whichever team you belong to – is to make every other team member’s job easier. That’s really it. Make everyone else’s job easier, and you will be amazed at how much easier your own job becomes.

Our value on this earth is to be found in how we impact others. It must make a difference that you exist. It must matter to someone that you are alive. You may not be in a position to change someone’s entire life for the better, but that’s really not what is required of you. Perhaps instead, you should focus on just one little thing to make their lives a little bit easier. That’s all. Just be a team player. Not an Ebusua Krakye. Let’s all focus on that.

My name is Kojo Yankson. How can I help you today?