Message from the Morning Man: One Detail 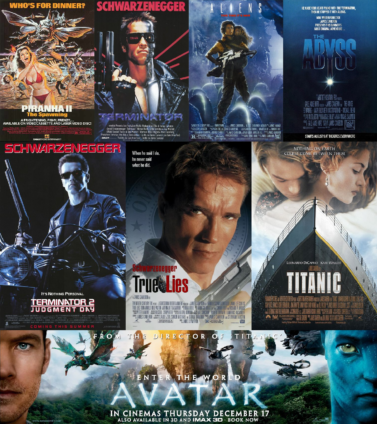 Last Friday, I shared a lesson I learnt from the movies. Movies are my favourite pastime. I’ve spent more time and money on movies than any other non-professional pursuit in my life.

I have a huge collection, and it grows by the week. My taste is not limited to one genre either. I watch action movies, drama, romance, comedy, horror, thrillers, documentaries… every well-made cinematic work of art warrants my attention.

One of the most profitable movies of all time is Titanic. This is a truly beautiful love story about two fictional characters, Jack and Rose (Leonardo DiCaprio and Kate Winslet) who fall in love on board the doomed Titanic.

The real reason why Titanic is such a big hit, is the movie’s director, James Cameron. This man is a true visionary. He lavishly rebuilt all the parts of the doomed ship from scratch, using the original ship’s blueprints, and spared no expense in recreating the lavish interiors that are shown in the movie.

In real monetary terms, James Cameron spent more on rebuilding the Titanic than was spent building the original.

The first time the huge ship is seen in the movie is at Southampton port, just before it set off on its doomed maiden voyage.

For this scene, James Cameron ordered a huge full-sized exterior model of the ship to be built. The model arrived, only for Cameron to realise that they had built the port (left) half of the ship.

This was a problem, because the Titanic set off from Southampton to the United States, which would mean it was sailing from east to west. So the side that was visible from the harbour would have been the Starboard (right) half and not the port side!

Cameron had to think fast. He came up with the ingenious idea of setting up a giant mirror to film the scene in, so the audience would think they were looking at the starboard side of the Titanic.

To make this illusion work, the writing on the ship had to be repainted as a mirror image, so it would come out right when filmed in the mirror.

James Cameron didn’t stop there though. He rewrote every single inscription on every object in the scene – including the extras’ luggage, car registration numbers even the labels on bottled drinks.

Objects that would be so minute in the large aerial harbour scene that the naked eye would never be able to pick them out. Even the wardrobe department were asked to change the labels on the extras’ clothing, just in case one label popped out while they were on screen.

Many people on set thought Cameron was totally nuts to do this, but when asked about it, he said, “A million grains of sand makes one brick. A million bricks make one house. A million houses make one town. A million towns make the world. If we want a perfect world, we only gotta fix the sand”.

Imagine that… Now, with an attitude like this, it’s absolutely no wonder that James Cameron has enjoyed a successful career, bringing us iconic films like Terminator, Terminator 2, Aliens, The Abyss, and  True Lies.

Until a few years ago, Titanic was the most successful movie of all time. That record was broken by Avatar in 2009. And guess who directed Avatar. Yep. James Cameron

My people, this is EXACTLY the attitude we need as a people. To break the unending cycle of mediocrity and underachievement, what we need isn’t some grand sweeping gesture, but an accumulation of small, individual improvements, which, when put together, will create an excellent society. If each and every one of us decided, for one week only, to just be on time to every appointment – just for one week, you would see just how much more efficiently our society would run.

And an efficiently run society means everything improves. More food, more education, more healthcare, better jobs, more money, more time to spend with family, doing the things we love… all this from everyone doing just one thing well.

In life, as in the movies, the big picture is nothing but a combination of perfectly formed small details. On this magnificent monday morning, why don’t we each take our little corner of the canvas – in our workplaces, in our homes,in traffic, in school – and let’s do our bit so well that they come together to create a titanic-sized masterpiece of a better society.

My name is Kojo Yankson, and I’m making my perfect grain of sand. Make yours too, and, brick by brick we will build a perfect world.