Message from the Morning Man: The Reason - MyJoyOnline.com

Message from the Morning Man: The Reason 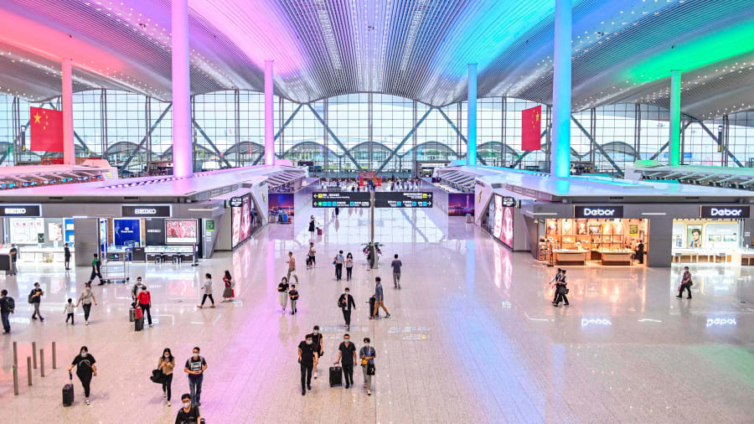 One day, not long ago, I was at the airport, queuing to check in my luggage. Now, I was quite early, so there was only one person ahead of me in the queue.

He had tickets for an earlier flight with the same airline, but when he walked up to the desk, he was told the check-in time for his flight had passed. He was too late.

The poor guy could not hide his disappointment. Muttering some choice expletives in what I can’t quite describe as a whisper, he pulled out his wallet to pay for a fresh ticket on the next flight.

The attendant – who I’m sure was trying to make her distraught customer feel a bit better about his sudden out-of-pocket expense – said in a cheerful voice, “don’t worry, sir. Perhaps you were not meant to be on that flight. Everything happens for a reason, you know”.

This made the man pause for a second. He looked up from his wallet, stared intently at the attendant for what seemed like an eternity, and then he said in a calm, clear voice, “You know what? You’re wrong. If everything happens for a reason, then I’m the reason. I knew there’d be traffic. I should have set off sooner”. This is not destiny. It’s my fault

Now that was not quite what I expected him to say. So many people use that expression “everything happens for a reason”, that we’ve all sort of accepted it to be one of those “wise truisms”, haven’t we?

When things go wrong, it’s the one thing we say to each other in a bid to explain what seems inexplicable. Your child doesn’t get admission into their chosen school, “everything happens for a reason”.

A patient dies, “oh God knows best. Everything happens for a reason”. I don’t know about you, but I have never heard anyone dispute this oh-so-wise-and-profound statement before… until that day at the airport.

Standing there watching that agitated traveller almost literally kicking himself, while swiping his card to pay for a new ticket, I found myself challenging this time-honoured belief for the first time in my life.

Is it true that everything happens for a reason?

Well, let’s think about it: The statement itself naa, what does it mean? “Everything Happens for a Reason”. Well, obviously, it suggests that there is an unseen hand (most people of faith will call it the hand of God), guiding our steps and placing us in various situations – either good or bad – as part of some sort of master plan. Right?

Ok, but is that really the case? Do we really have no say over what happens to us? Is it all pre-ordained? So no matter how hard or how little you study, God has already decided whether you will pass your exams? Regardless of how early you show up, how hard you work, or how often you go the extra mile, God has already determined whether or not you will get that promotion? Has God already decided whom you will marry, whether your children will be smart, whether your business will succeed, which party will win the 2020 election? Has God already decided on the exchange rate for the next 10 years? I don’t know about you, but I’m not convinced.

You see, if it is true that everything is preordained, then it doesn’t matter how hard you work. What has been predetermined is what you will get. It doesn’t matter how good or how kind or how ambitious or how fit or how well-dressed, or how knowledgeable you strive to be – if your fate is already pre-determined and your purpose is merely to fit into some grand picture, then what’s the point of making an effort?

I’ll be honest – I quite like the idea. It sounds easy. Just… leave everything to God. Fa ma Nyame. Right? But seriously, if all God wanted us to do was flip a coin and leave it to Him, why would He give us all these tremendous gifts, talents and abilities? What is the point of all the God-given potential you have, if it was all meant for nothing?

My dear friends, it is true that not everything around us can be explained, but most things can. Hard workers get promoted. Serious students pass exams. And those who set off for the airport on time do not miss their flights. You are far more in control of your life than you like to believe. Even if you believe in some grand master plan, you can’t deny that God has given you the tools to move your life in whichever direction you choose.

So rather than throw your hands in the air and say bad things are happening to you for a reason, consider the radical possibility that you might be responsible. Because if you blame fate or destiny or God for your predicament, then you’re saying you will remain in that predicament until fate or destiny or God changes it. And that is completely out of your hands. But if you take responsibility for your predicament, then the only thing you have to change in order to change your predicament is yourself. And that is definitely in your control.

My name is Kojo Yankson, and God made me in His own image so He wouldn’t have to do all the work Himself.