Message from the Morning Man: Yankel 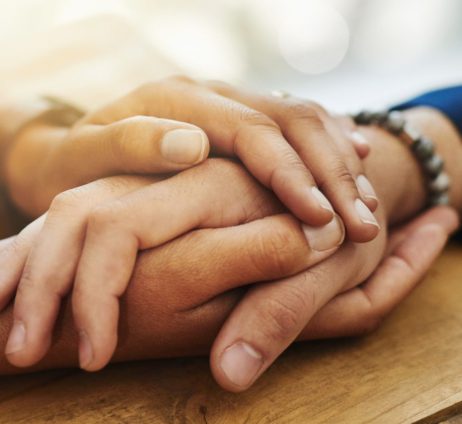 There was an old Jewish baker in Germany called Mr Yankel. He was one of the few who were lucky enough to survive the Holocaust during the Second World War. As a matter of fact, Yankel really ought to have died, and it was a miracle that he was alive to tell the tale. And what a tale it was.

Yankel was merely a teenager when he was picked up by a Nazi patrol, thrown into an overcrowded wooden crate and placed on a freight train to Auschwitz – the famous concentration camp where all manner of atrocities were committed against Jewish people.

It was a five-day journey to Auschwitz, and they were travelling in the winter. At night, temperatures could go as low as minus 15 degrees Celsius. With no food, no coats, no blankets and no heating, many of the prisoners died overnight. In the mornings, the guards would order the surviving prisoners to dig graves in the snow to bury their dead friends, relatives and loved ones before continuing their journey.

The last night was the coldest. Howling winds, temperatures hovering around minus 20 degrees Celsius, half of the over one hundred people in Yankel’s cabin were dead by midnight. He started to feel his fingers go numb as the fluids in his body neared freezing point. Suddenly, from somewhere behind him, Yankel heard the most miserable little whimper.

He turned around to see an elderly watchmaker from his village, crouching in the corner, shivering uncontrollably. He was white as a sheet, could not let go of his shirt, which he was attempting to wrap tighter around his chest. Yankel realized the man was minutes away from death.

He put his arms around the frail old man and started rubbing him vigorously – his arms, his back, his chest, rubbing, rubbing, rubbing, all the while, talking to him. “Don’t die”, Yankel would say, over and over again. “Don’t die tonight”. With every passing hour, the cabin became quieter and colder. Yankel just rubbed harder and harder.

He was determined not to see the only familiar face from his past snuffed out before his eyes. It was almost as if this was the only way to demonstrate in that hellish situation where all his dignity had been stripped from him, that he still had control over something. So the cabin kept freezing, Yankel kept rubbing, and the train kept rolling on.

Soon, morning came, and they were the only two people left alive in the cabin.

My friend, today’s message is simple. Yankel stayed warm because he was keeping the old man warm. As he rubbed and rubbed all night long, it kept his own blood circulating. As he created friction to warm the old man’s body, his own body was warmed. This is not philosophy. It’s science.

You’ve heard over and over again that the more you give, the more you receive. Well, that’s not all there is to it. The harder you work to give to others, the more you benefit from giving. Also, the timing of giving is so important. It is when you have the least that you must be more willing to give. Yankel decided that the old man’s survival was his priority, so his own survival was his reward.

This is science, not philosophy. Try it today. There are many around you who need your time, your love, your attention, your coins, your warmth. Give it kindly. Give it vigorously. Give it when you have the least of it to give. You may not receive a reward for it today, but there will come a day when you’ll look around you and realize that all those who thought only of themselves are withering away, while you, who thinks of others, live on and grow stronger.

My name is Kojo Yankson and I never really have until I give.