Messi: “Brazil’s Ronaldo was my idol growing up” 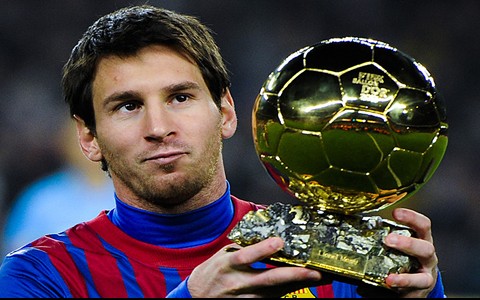 FC Barcelona star Lionel Messi has revealed the player who he idolised as a kid and according to him, he's the most talented footballer he has ever seen.

Messi, who has been won the Ballon d’Or, stated that Brazil legend Ronaldo, is the player who he looked up too during his childhood.

The Argentine, who grew up watching Ronaldo play at Barcelona, has admitted that he watched Ronaldo when growing up and even tried to model his playing style around him.

“Ronaldo of Brazil was my idol growing up,” he told Squawka exclusively.

“He was unbelievable for Barcelona and Brazil, I have never seen a more talented forward. He scored goals from nothing, and his shot was the best there has ever been in football. He was a great guy off the pitch too.”

Ronaldo, who retired from football back in 2011, has something in common with Messi and that’s being named FIFA World Player of the Year three times or more.

The 38-year-old made 98 appearances for Brazil and scored 64 international goals during his career.