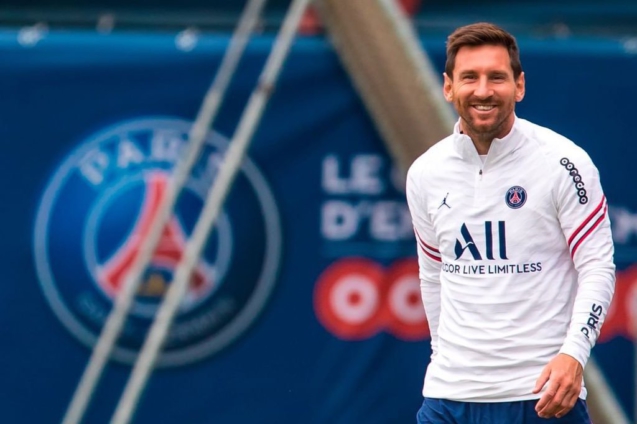 Lionel Messi must wait to make his much-anticipated debut for Paris St-Germain after being left out for Friday’s Ligue 1 game at Brest.

The six-time Ballon d’Or winner, 34, joined PSG on a free transfer last week after leaving Barcelona because of their financial difficulties.

He has yet to play a game since winning the Copa America with Argentina – but is in full training with PSG.

Forward Neymar and defender Sergio Ramos miss out as well.

Boss Mauricio Pochettino said Messi had “settled in well” and there was a “good atmosphere in the squad”.

“Mbappe is our player and I want him to be here this season,” said Pochettino.

“He has another year left on his contract. Even if he doesn’t renew it, he is still a PSG player and we are very pleased with him, and from what I can understand he is pleased with us.

“He is very calm and preparing well for tomorrow’s game.”