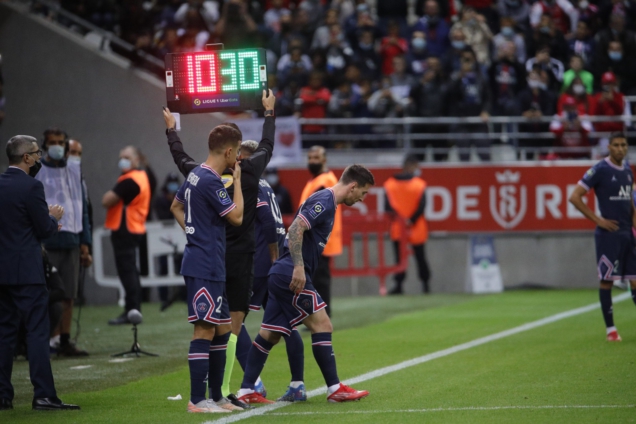 His first goal was a header from an Angel di Maria cross and for his second he swept home Achraf Hakimi’s cross.

But the headlines will be about 34-year-old Messi, who came on moments after that second goal.

Their purchasers may have been disappointed to see Messi only named on the bench – although he got an ovation as he warmed up, with fans chanting his name, and an even bigger one when he came on.

He played some nice passes and was involved in good link-up play, drawing several fouls. However he had few touches in the penalty area and no shooting opportunities.

Messi had missed the first few games for PSG since his free transfer move following his exit from Barcelona. This was his first game since winning the Copa America with Argentina in July.

He has won six Ballons d’Or – also a record – and is considered one of the greatest footballers ever.