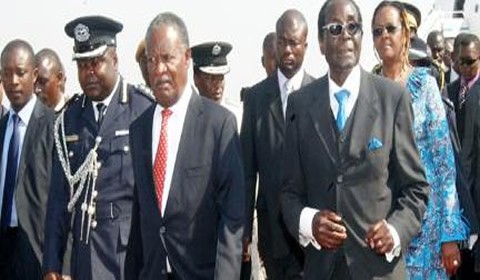 A proposal to give immunity to sitting government leaders before Africa’s regional court would be a major setback for justice for grave crimes, African organizations from 19 countries including the Media Foundation for West Africa (MFWA) and international organizations with a presence in Africa said in a letter to African governments released today.

Justice ministers and attorney generals of African Union (AU) member countries are scheduled to meet in Addis Ababa, Ethiopia on May 15 and16, 2014, to consider a draft protocol to expand the authority of the African Court on Justice and Human Rights to include criminal jurisdiction over genocide, war crimes, and crimes against humanity. A proposal providing immunity for heads of state and senior government officials from prosecution for such crimes is being considered as part of the amended protocol.

“Exempting sitting heads of state and senior government officials from African Court jurisdiction on grave crimes would shield the powerful from the reach of the law,” said Sulemana Braimah, executive director of the Media Foundation for West Africa. “This is fundamentally at odds with the AU Constitutive Act, which rejects impunity.”

The consideration of the draft protocol comes at a time of intense opposition to the International Criminal Court (ICC) by some African leaders, particularly in the face of the ICC’s proceedings against Uhuru Kenyatta and William Ruto, who were later elected as Kenya’s president and vice president.

“Impunity remains one of the biggest threats to human rights protection in Africa,” said Thuso Ramabolu, human rights officer at Lesotho’s Transformation Resource Centre. “It’s crucial for people responsible for mass atrocities to face justice, irrespective of their official positions. Immunity poses grave alarm and would create an incentive to hold on to power indefinitely.”

International conventions, including the Convention against Torture, the Convention on the Prevention and Punishment of the Crime of Genocide, and the Geneva Conventions of 1949 recognize the imperative of accountability for grave crimes irrespective of the title or position of those responsible. The irrelevance of official capacity before international criminal courts has become entrenched in international law since the post-World War II trials before the International Military Tribunal at Nuremberg.

Immunity with respect to serious crimes is also barred before some domestic courts in Africa.

“Even domestic law in Kenya and South Africa bars immunity for sitting officials before domestic courts on grave crimes,” said Stella Ndirangu, program manager at the Kenyan Section of the International Commission of Jurists. “African governments should not roll back important progress in ensuring perpetrators can be held to account.”