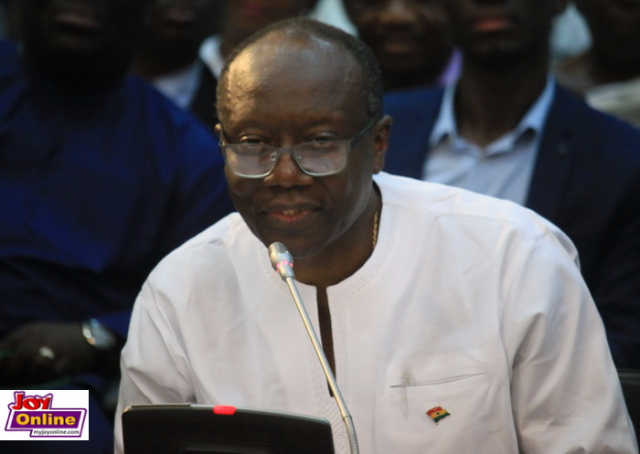 Prof. Peter Quartey will support an increment in the existing VAT rate ahead of the mid-year budget review by Finance Minister, Ken Ofori Attah next Thursday.

However, Head of the Department of Economics at the University of Ghana says the government would have to demonstrate to the people that any increment in the tax rate would not go into the payment of salaries.

"A marginal increase in my view wouldn't be a big deal but to what extent are we going to use it? I am for marginal increment if only it is not to use it to pay wages and salaries," Dr. Quartey told Joy News' Anchor, Emefa Apawu on Top Story, Friday.

There are speculations that government might increase the VAT rate from 17.5% to 21% as Mr. Ofori Attah prepares to update Parliament on the performance of the economy in the past half year.

New Patriotic Party (NPP) stalwart, Gabby Asare Otchere-Darko apparently lent support to the rumour Thursday when he posted on Facebook asking the public whether or not they will support a VAT increase that will also lead to the provision of social amenities.

"Will you support a VAT increase to keep your lights on, your secondary schools filled, your school kids fed, your streets clean, your streets safe, young graduates employed, and decent, affordable homes built for working families?" he asked.

The Finance Minister himself is tight-lipped about a possible increment as he said he has "no clue where that's coming from". "Until I come to parliament we won't know," Mr. Ofori Attah told Joy News' reporter, Kwesi Parker-Wilson.

"But expect a good budget and a good mid-year review," he added.

The Minority in Parliament is expected to make a public comment on the issue next week, Joy News has learnt.

"If NHIL is increased I will go to church and thank the Lord because the NHIS is in crisis. If you look at the healthcare delivery system and you look at where we are, would you want us to have a stronger health insurance system," Dr. Asibey Yeboah asked the reporter.

This view of the New Juaben South Parliamentarian was reinforced by Prof. Peter Quartey, who said anything beyond 2% increment in VAT towards supporting the NHIS will be on the high side.

"If we had this increment and at the end of the day NHIS is good, Ghanaians will be happy that they contributed to making it good," he pointed out, adding that the abolishment of about GHS1 billion in taxes last year could be a good justification for the increment.

"It is a good justification to increase but certainly not to 21%," he argued.

He also observed, most people are not motivated to pay their taxes because of the poor performance of the revenue collection agencies.

"We don't need additional taxes, most of the taxes that are in existence we are not able to collect them…some are not motivated to pay because they believe they don't see efficient management of the tax revenues that are collected," the Economist said.