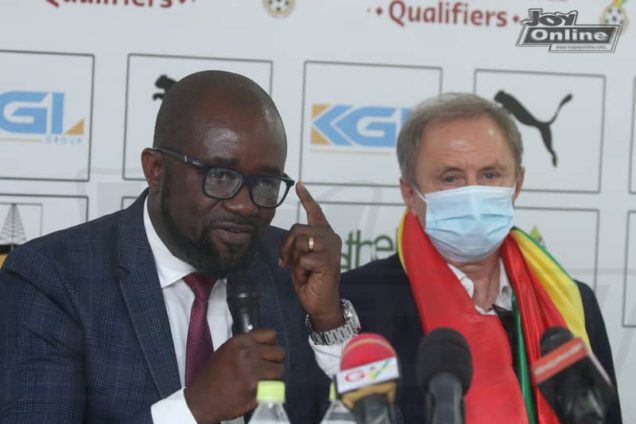 The Ghana Football Association (GFA) president has laid trust in the new Black Stars head coach, Milovan Rajevac, saying the returnee coach will have no difficulties in managing the backroom.

Kurt Okraku at the press conference to unveil the Serb opined that the Serb’s record speaks on his behalf, making his return the best option for the team.

He also stated that besides performances on the field, the dressing room of the Black Stars will also benefit from the Serb’s reappointment.

The FA president has backed Milo to restore and maintain ‘control’ over the Black Stars.

“Milo has the full respect of the players and will control the dressing room, the big players all played under him. I believe that our Black Stars will have a stable character going forward,” Okraku said at the unveiling of the coach.

The first list for the Black Stars World Cup qualifying campaign, since Rajevac’s return, is expected to be released by the FA soon.

The Black Stars will face Zimbabwe on October 10.